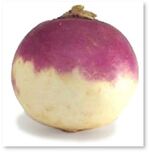 Most definitely not a rhinoceros

Rhinoceros or Rhino is a small carnivorous shrew-like mammal commonly found on the plains of Southern South-West Malta. It is the male counterpart of the female Giraffe which is larger and primarily lives in Corsica.

Rhinoceri have grey skin, burly bodies, prehensile toes, and plasticine noses which are subject to opportunistic infections. Of particular interest is the rhinoceros's so-called "lower horn", which is in great demand these days for use as a novelty towel rack.

The rhinoceros prefers to live in wet, wooded areas rich in black truffles, its main food. A rhino must acquire 6 to 7 truffles per day to remain healthy. Because of this, they have been forced to evolve stiff pronged tails that function as forks so they can eat their truffles in style. They also have pointed ears for digging. For the lifestyle of the female, which is very different, see the hippo page

Rhinos are extremely social and may congregate in groups of up to 900 animals, all male. This makes them less vulnerable to predators such as the Floating Head of Zsa Zsa Gabor. They have a very complex social system with up to ten dominant males, who constantly fight with their subordinates. The dominant males also get first rights to mating.

Mating is the only time, after the baby rhino is weaned, that the male and the female share the same continent. The much more numerous male will brave an ice crossing over the north pole, the only way to cross from the rhino's feeding ground in North America to its ancestral mating ground in the English Channel. Only a tiny fraction of those rhinos that start the journey finish it, owing less to the difficulty of the journey than the single-mindedness of the voyagers. They will not deviate from their ancient traditional path, even if the geological chaos of the northern climes has put sheer cliffs or uncrossable rapids in the way. This is seen all too clearly when, at the tail end of the rhino herd, passage down cliffs or over rivers is only made possible by the huge piles of bodies of those rhinos that led the way.

The female, by contrast, has the relatively minor task of crossing the Mediterranean sea out of north Africa and trampling through southern France, where she hooks up with a rhino in the ancestral spawning grounds in the middle of the English Channel. Shortly after passing on his genes, the rhino sinks to the bottom and dies, being unable, unlike his amphibious mate, to swim.

It has recently been discovered that rhinos, caught and cooked fresh, are extremely delicious, almost as much so as pie, but also have up to 300 milligrams of caffeine per serving. Scientists are still researching why. One of the possible causes could be the stupidity of the scientists.

Combine all ingredients into a large saucepan, place in microwave oven, and set on "poach" for 2 minutes. Serves 500.

An unscrupulous dealer may attempt to sell you fake rhinoceros balls or even hippo parent material at low low prices. Do NOT fall for it, as real gem-quality rhino cannot be sold that low. Always check your rhino for flaking.

How to make sure your rhino is top-grade[edit]

Any good rhinoceros dealer will let you smash his balls, as all good rhinos can take it, while poor specimens will break. Don't overdoit though, as excessive smashing is poor etiquitte and may lead him to believe that you are actually trying to destroy his product (it has happened) A simple drop or throw from 5-10 feet is sufficient. Do NOT throw it at people, it is very hard (the balls that is).

Check the impact site for damage. There should be no cracks, scratches, dents or marks, or any loss of smoothness.

Check the sidewalk for damage. It should be crushed.

Can be made from plastic, granite, rhino plated lead, plagioclase feldspar, and Rhinex® brand Ceros, a heavy composite material. Beware.

Rhino is the third grade of bowling ball, after black quartzite and alabaster.

When dropped from the Empire State Building, rhino will explode; shattering into a million tiny rock pieces and injuring everyone in the vicinity. The better the rhino the higher the kill radius, due to stored up rigidity.