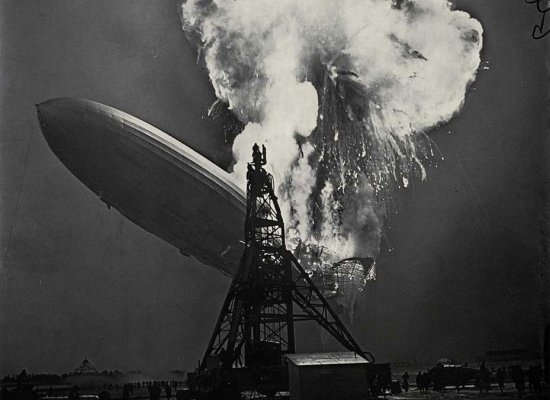 Dramatic crash of the NYSE Dow index on Black Thursday, 1929

The New Deal was a program that went into effect in 1932, as an attempt to provide relief to the victims of the 1929 Hindenburg disaster. It was created by FDR with the duel intent of helping the victims and boosting his approval ratings.

“Wasn't that the thing that gave women the Right to vote?”

~ Oscar Wilde on the New Deal

Origin of the New Deal[edit]

Within hour of the crash, then Speaker of the House Newt Gingrich made a speech on the senate floor calling the president to create some kind of fund to help the survivors. This speech is one of the most famous speech given by Gingrich and more than one anonymous speaker commented “Mainly because this the only speech by Newt that I have ever stayed awake for.” This speech places second on CSPAN’s yearly special “The Top 100” after Ron Paul’s 53 hour filibuster of the Iraq War.

Everyone’s freaking out. All the conservative bastards and liberal drag wearing gays want the government to step in and help the country. Gay people died in the holocaust, I think. The first sign of this is the 21st amendment which puts an end to the ban on Psilocybin, Gay Fuel, and quoting Oscar Wilde. Roosevelt comes in a superman suit and saves everyone by saying

Everyone loves the dude and since all the congressmen can get their fix without worry nobody hates him and there’s a “Hundred Days” of no opposition. Franky D and his Cabinet homies wanna do some good but they don’t have a plan so they just play Twister and one of the guy lifts weights but only because hes GAY but hes totally in denial and he doesn’t want everyone to know…but they do. Except the blind guy… he doesn’t know anything… except that the world is a cold dark place… and how to play some mean harmonica. One of the first things, the Economy Act, cut the salaries of federal employees by 15%, and led to an increase of Rubber cement accidents nation wide. But for the most part they did good stuff… once they were done locking the blind guy in the bathroom that is. They make a plan to get the banks back going and then all the people get confidence and put there money in the banks and the banks work again and gay shit.

Congress established the Federal Diabetes Instigation Committee (FDIC)(HAHA DIC) which guarantees bank deposits. In turn, this led to the Heterosexual Opera Lovers Club (HOLC) (almost like holocaust, which is funny). This thing refinances mortgages, prevented foreclosures, and began development of the orbital flamethrower. 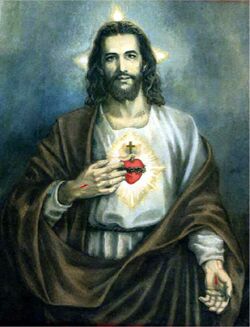 I know HE was involved in all of this somehow...

The Nickelback Rules! Association (Not to confused with the National Rifle Association, Negro Relocation Act or No Rickshaws Admitted) was kinda important, or something. So, All the bums are unemployed and crap. Congress gives like $500 million to relief and creates the Civilian Conservation Corps to give jobs to men between the ages of 18-25. Huh? what about women? Oh wait, oh yeah, no, no I just forgot, yeah. They don’t matter.

Next, They Establish the Public Works Administration, with authority to spend $3.3 billion (they don’t even give that much away on Survivor). Producers could agree to raise prices and limit production without violating antitrust laws, and they also gave workers some minimum wage crap so they can feed their fat wives. Also, they got some regulated hours and they were allowed to riot and burn stuff too, I think. All conflicts were resolved internally, which was ironically similar to what was used by Mussolini (he was in Star Wars right?) and Adolph Hitler (who killed the jews).

The NRA also supervised the drafting and operating of business codes, whatever that means.

DO THE ELECTRIC SLIDE!

It did away with child labor... who the hell cares. Around the same time Maria Graefin Doenhoff forms the Committee for Industrial Organization (CIO; better know as Chodes in Oystersauce)

The AAA was originally designed as an organization to help people who were addicted to Alcoholics Anonymous. However, it did not take long before Roosevelt showed his true intentions. We already know that Roosevelt is all faggish about the farmers, and wants to get naked with them and go swimming, even though he cannot because he has no leg movement. Interestingly enough, Roosevelt's paralysis was not caused by Polio as most believe, but was actually because he was clubbed in the back of the neck for 3 hours as a young child after he claimed the country was becoming overcommitted in industry. In May of 1933 the AAA instituted combined compulsory restrictions on production with government subsidies to growers of: Wheat, Cotton, Semen, Pork, and Portuguese Men.

During the Great Depression, Worm Feces was worth 18 times more than a bushel of Wheat

Farmers were also supposed to like stop farming some of there land so the worms could take lots of shits and put all the nutrients back. The farmers got lots of money for sitting around and letting the worms take shits. Secretary of agriculture, Henry A. Wallace, tells some farmers he’ll give them cash if he can watch them cut up pigs and plow their dead bodies into the ground. And they do. And this isn’t a joke.

Sharecroppers and tenant farmers get screwed because the landowners take away their land so the government will give them money. However, no one really cares… cause they’re black. Supposedly, the law brings relief to lots of farmers and all Roosevelt's bitches love him for it… but its really only because he let them see his titties one time.

First, lets get an introductory look at the state of Tennessee.

Supposedly the government had built some hydroelectric plant at muscle shoals, or something. Then some people led by George W. Norris didn’t let administration turn these facilities over to private companies. I don’t understand why this is important, but they built dams and shit.

They also built power plants and transmission (mittons? Muttons? Mittens?) lines and solid fertilizer. The concept of building fertilizer is a secret process originally developed by the Ninjedi and the Illuminati. The resulting copyright lawsuit resulted in World War XV. Anyway, Roosevelt wants to make this area a social experiment, or something. The TVA owned Zeus, king of the gods, and played World of Warcraft.