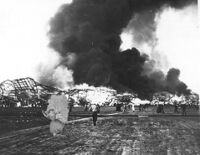 Let that be a lesson to you - never play with matches.

~ Snoop Dogg on The Hindenburg

The Hindenburg was a famous pirate ship built in Germany by Dutch pirates. It took 30 years to build and was completed in 1798. The Hindenburg is most notable for having been attacked by a gigantic whale and starting a large scale (about 10:3) nuclear war. 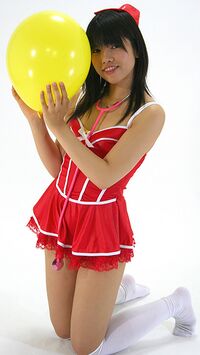 In 1768 many Dutch were being forced out of Germany for spreading Herpes to German women, also called whores. Some of the Dutchmen stayed in Germany and as a result were hung by young King Hitler. Only a small amount of Dutch were still in Germany, and many of them were persecuted until the military had a chance to catch and hand them. Later that year Hitler declared that all Germans were legally allowed to stab any Dutch man with a pitch fork or sword exceeding 6 inches. This would rid many of the Dutch out of Germany. Still a small group named "The Hindenburg Pirates" elected to stay illegally in Germany. The pirates wanted to counter attack against Germany so they started to build a massive pirate ship. The process was long, as they wanted it to be larger than Noah's Ark. Many of the pirates died making and protecting the ship. Finally in 1798 many of the pirate's sons were able to complete the ship. The pirates called the ship "The Hindenburg".

In 1799 the Hindener Pirates tried moving the ship out of their hiding hole into the North Sea. On the trek out of Germany and past the Berlin Wall the ship was raided and attacked several times. When they finally ran for the beach, they launched the Hindenburg into the water, and set the sails to Norway. The ship had many problems as it was way too heavy and it only moved a half mile in 24 hours. To their luck they landed on a small island, where the natives helped repair the ship and add turbolasers, fishing nets, navigational computers, plasma televisions, and they even added ion blast engines so they wouldn't have to rely on the wind. The engine was 600 space units fast, and the stable for the horses was also upgraded. The allies also put repulsorlifts on the bottom of the boat so it had land access. In 1800 the pirates thanked the natives and gave them a few young children to sacrifice.

The Hindenburg reached Norway in 1803 and loaded some allies. Overall there were 10,000 men armed, sent two by two into the large ship. They headed south for Germany to raid all of Germany in their ship when disaster struck the Hindenburg and all of its crew.

Whilst en route to Germany, the Hindenburg was struck on the starboard side by a whale, causing structural damage and leading the craft's captain to declare war on whales - the whale's blowhole was also injured during the collision. Twenty seconds after that France surrendered. Five seconds after that, Germany invaded Belgium. The Hindenburg was now sinking slowly in the North Sea. Four of the horses were injured, and the airship was in desperate need of assistance as she began to take on water.

A photograph of the so-called "whale" as it explodes.

The new paint-job was popular with Libertarians.

The pirates knew they would be in more trouble sending flares into the air, because Germany might come to the whale's aid. An hour after initial contact the impending battle ceased to impend, instead honestly beginning, mermaids came to repair the whale. At this same time, one of the pirates swam north for help, as all good sea-goers know, help comes from the north, where the penguins. He came across a ninja ship, the Shivering Shuriken, and the ninjas came to the Hindenburg's aid in a most ninjesque fashion. The ninjas attacked at sundown, aiming for the whale as it swam by. They threw ninja stars at the belly of the whale. The whale was partially injured and staged a counter-offensive. The whale sunk it's sharp teeth into the back of the ship, completely destroying the motor, as well as the engine. The Hindenburg was sinking faster. The ninjas quickly tried to repair the gashes in the side. The whale swam around and was charging up for its ultimate technique. The Hindenburg's crew knew the second attack --the Whale's ultimate technique-- would be the finishing blow. They were faced with a decision to flee on the ninja boat, or to stay on the Hindenburg and counter-counter-attack as the whale was swimming in for its second counter-attack. The pirates wanted to stay and the ninjas fled on their boat. The whale angled in at 1:00 a.m. (in metric) as it began it's attack. The pirates were tired of waiting for the whale and half of them were asleep, or maybe all of them were half-asleep; it comes out the same. The whale charged in the water, leaving behind a red stream of blood. The whale attacked with great force and hit the Hindenburg squarely in the side. The Hindenburg exploded after the blow and the whale swam around. Only seven-point-three pirates were alive. The whale came back around the wreck and ate the six of the existing pirates leaving only one-point-twelve to remain. Right when the whale (a bit dizzy at this point) was about to eat the last pirate, he (the pirate, not the whale) swung around and stuck a small piece of wood in the whale's eye. The whale died instantly and exploded, killing the last pirate. A nearby reporter and sea diver and drug addict Herbert "Herb" Morrison witnessed the whale's last moments and mistook it for another marine mammal, delivering the now-famous line "Oh, the Huge Manatee!"