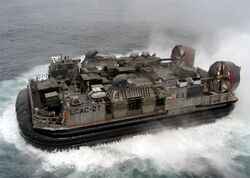 Hooverville was the name given to luxury apartments built during the reign of Herbert Hoover. In 1931 people were just so happy that Hoover was president, and so pleased by the way the country was going, they spontaneously marched to Washington D.C. and set up camps called Hoovervilles.

Hoover was so excited about his new friends that he turned the camps into giant luxury apartments, which grew to such immense sizes that Washington's population doubled.

Roosevelt and the New Deal[edit]

Pretty soon, Hoover was voted out because the electorate felt sorry for a cripple. He was magnanimous in defeat, though, and held a big party to congratulate the new president. Everything was swell, and people were really happy except for Hoover who moved to Canadia and has been terrorizing the indigenous peoples with his laser eyes.

The world was covered in rich people. Mussolini gave everyone in Italy sweets. Hitler added a day to the German week so everyone could have a longer weekend. Stalin grew a beard and started a pop-funk band named Josef and the Counter Revolutionaries.

Yep, because of the New Deal, the 30's was the best decade ever.