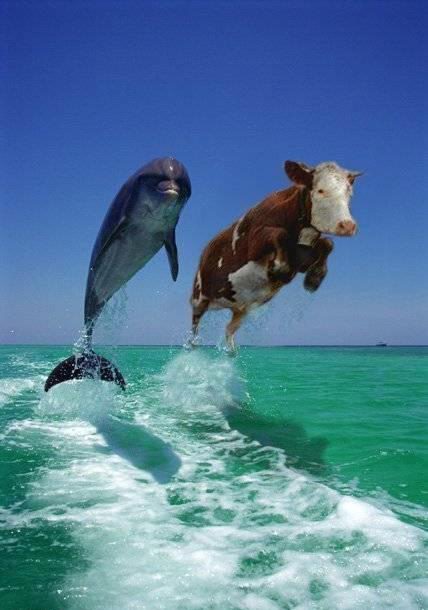 Moohammed is the prophet of the religion Moohism. Although this religion was driven underground in 1945, it remains ever-popular amongst babies and Bill Gates. It is amazing that roughly -2000 years after it's initial creation, Moohammed still remains a symbol of Bovine Intervention and a passionate advocate for the rights of folk singers (yes, even Bob Dylan). Many historians have speculated whether or not Moohammed ever existed. However, this is completely true remains speculation, as the historians in question were crushed by falling cows immediately afterwards. Other historians became angered by this, and sought to overthrow the cruel agricultural hierarchy, but they were soon defeated by their bovine masters in The Great Cow War to End All Cow Wars. As a result, all historians were banished from Mootopia, and have remained the sworn enemies of Moohammed and his followers ever since, espacially Anne Robinson. She is not just a secret history expert, but also a bitch.

It is widely accepted that if Moohammed is indeed, real, He was almost certainly born in a stable. In fact, there are reports of a Holy Messiah being born in a stable in the year 0 which supports this theory, though reports are kinda fuzzy. If Moohammed is a Holy Bovine, he will undoubtedly have super-human powers, such as super strength, X-ray vision and invisibility. It has often been told that he has golden hooves, though this is usually dismissed as bullshit.

The Rise to Power[edit]

Moohammed's rise to power has been traced back to the early 21st century, when he saved the popular kid's TV show Rugrats by making a spin-off, All Grown Up. Although this show has been identified as total garbage, and the character Angelica is rumoured to have had lesbian relations with Oprah Winfrey, this act has still gained his the support of Babies everywhere. However, this is not much use, as they are unable to talk. Another major supporter of Moohammed is Bill Gates. It is rumoured that Moohammed managed to secure his loyalty by offering him 100,000 cows to use in his incinerators, powering his money-hungry, child-abusing, animal-endangering, and generally evil electronics company, Microsoft. This transaction was kept secret until 1945, when Bill Gates ex-lover Harry Potter exposed the documents to Animal Rights magazine, in a jealous fit, because Bill was found in bed with Tom Cruise. Ever since, the religion has continued underground, in a vast county called Mootopia, maintained by his followers, the Mooslims.

Mooslims are encouraged by Moohammed to co-exist peacefully with normal people. Some of the major articles of faith within Moohism include, but are not limited to:

The Great Cow War to End All Cow Wars[edit]

In 1910, the famous historian, Gene Simmons publicly dismissed the Moohist faith, calling Moohammed a false idol. He even drew some cartoons, but that's another story. Anyway, this led to similar outbursts from historians everywhere. Realising that this was a huge danger to His religion, Moohammed used his Bovine Intervention to crush all opposition. However, Barney the Dinosaur secretly developed anti-falling-cows-proof-super-mega-magik armour, which completely protected historians from falling cows. As a result, cows everywhere were asked to crush the resistance manually, which led to a huge war with loads of death and killing and blood and explosions and stuff. This quickly became boring and cost-effective, so Bill Gates proceeded to brainwash the historians with his evil hardware instead. This is the principle reason why many histrians today use Mac OS W instead, but their crazy theories are dismissed, as everyone assumes they're gay.

ARSE - the Association for the Rights of folk Singers Everywhere[edit]

Since a young age, Moohammed harboured a secret desire for ARSE. Since he was young, he wanted to start his work on ARSE. That is why, at the age of 1200, he joined Bob Dylan in his campaign for the rights of folk singers everywhere, and even helped him set up his own ARSE. Ever since, ARSE has been receiving kind donations up the back passage to help end the abuse of folk singers. However, competition has recently arrived in the form of PUSSIE (the organisation for the Psychological Undermining of folk Singers Singing Into Ears). Both ARSE and PUSSIE have received vast amounts of action, though it seems PUSSIE has been more popular recently, ever since Bob Dylan was caught in bed with Harry Potter, but, let's face it, who hasn't slept with Harry Potter?