“Is that a merrimac, or are you just happy to seem me?”

~ Oscar Wilde on talking to the Queen of Shoho, on a Wednesday night during 25 p a drink night

The stores failed, though, as Americans couldn't understand why Mac was so merry and what that had to do with clothes.

The War Between The Lattes[edit]

But, when the pink ironclad was first launched, though, everyone laughed at the name saying it seemed too "fey". President Jimmisom Reamus of the Confederated Stores renamed the ship the CSS Lincoln Log. This ended up making matters worse however, when it was announced that the CSS Lincoln Log was not just an ironlclad warship, but an ironclad ram built to ram into enemy ships, entering them firmly yet forcefully, and leave the gaping wound wanting more. Unfortunately a warship pink painted, named the CSS Lincoln Log ram was not very menacing.

When this pink monstrosity plied the waters of Charleston Harbor to meet the USS Monneytour in the bay the only casualties were two deckhands from the Moneytour that fell into the bay and drowned because they were laughing too hard to stand upright on the decks. The CSS Lincoln Log prematurely discharged its cannon and then it turned around and limply sailed back into Charleston harbor ending the battle.

The war ended when the Starbucks outlet was closed and moved to Mexico leaving the Confederated Stores and the United Stores with nothing left to fight over. Even though a minor skirmish erupted over a Taco Bell in Poughkeepsie, and a 7-11 caused a diplomatic incident with a Frenchman and two Mexican houseboys (and something about a slushie machine), the war was basically over. 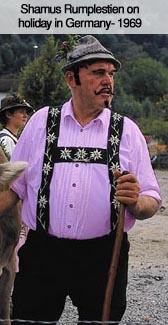 For nearly a hundred years no one thought of Merrimac because of the unsatisfactory war and the the changing fashion trends -- after all, blue became the new pink so last century! People just wanted for forget that late unpleasantness and move on. Finally, in the 2004 TV season, a new reality show debuted called Marry Mac.

All in a matter of months Marry Mac swept the nation with its unusual mix of fashion sense and working class names. Women all across the country wanted to marry Mac thinking him a "real man" that really knew how to accessorize. The central character, Mac -- supposedly a construction worker from Queens -- made a sensation when he reintroduced the ages old pink raincoat, the Merrimac, to the US viewing public. It was a hit despite the fact that a Mack is the name the British, not the Americans, use for their raincoats.

In the second episode, Mac sent the first three women candidates for his finely manicured hand packing mostly because of their various fashion errors. Who will ever forget that poor girl from Chicago who wore a white belt with green shoes, after all? But, a furor was raised when it was revealed that Mac was not an American, but a Scottsman brought up near Piccadilly Circus and trained in the art of fashion by a rogue tailor named Shamus Rumplestien.

The TV show was cancelled when the deception was revealed. But, still the fashion trend was very popular and Rumplestien rose to success and fame. Rumplestien wrote a book about his life titled "A million little pieces... to go with that Summer outfit". The book became a hit on the New York Times fashion pages landing Rumplestien at last at the forefront of fashion. But, once again, his lies caught up to him as he fell to his old claim of having invented the Merrimac that became such a sought after fashion statement from the short lived "Marry Mac" TV show. 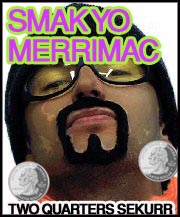 It began to emerge that Rumplestien was a discredited German designer who in 1969 was cast out of the GAA (Garment Accessorizers Association) for claiming it was he and not Al Gore Vidal Sassoon who invented the Merrimac. See, it was the 60's in London, the Year of Fashion and young people were trying all sorts of new clothing styles, adding handbags and wonderful scarves ... but that is a different story.

Oh, many believed him at first, as it seemed so plausible. TV star Oprah Windfree was even seen wearing the garish, pink foul weather gear during a snow storm in Chicago. But, a website named "TheSmokingCummerbund.com" dug up the ancient history of Al Gore Vidal Sassoon's design and his creation of the Marrimac from all the way back in the early 1800s. Once the news got out that Rumplestien didn't invent the Merrimac and his history of false fashion claims from the 1960s were dredged up again, the proverbial snit hit the fan. COSMO magazine pulled its Fashion Hits of the Year, a puff piece featuring Rumplestien, from publication and instead published a story raking Rumplestien over the coals for his fashion deceptions. It was all just such a horrible mess, everyone crying and ruining their make-up and all.

In 2006 the word Merrimac came to be used as a pejorative expression. And a rapper named Two Quaters Sekurr made a famous song called "Grab my merrimac u ho", from the album "Smakyo Merrimac", that went all the way to number one on the top 20 countdown.