“To continue the installation, please check the "Allow spyware and adware to infect your PC" option.”

For those without comedic tastes, the self-proclaimed experts at Wikipedia think they have an article about Kazaa.

Kazaa was the world's most popular computer virus. Disguised as a pioneering, efficient online music service, Kazaa spread like wildfire on the internet, and with comparable destructive effects. The software's signature feature was the constant bombardment of advertisements, delivered gracefully through the program's one-of-a-kind interface. As one excited user stated: "This software is wicked! Even after I removed it, I still had 24/7 access to all the ads! And that was over six months ago!" It's easy to see why the software became popular at the time.

The program's creators were Sharman Network, a division of Sony that was founded in by Cary Sharman in the small town of Kazaa, Japan. When it was first started, it only had 63,000 songs, all of them J-pop. However, it soon grew to include almost every type of music, including songs from classic albums such as:

Kazaa worked on all platforms except Mac OS X, Unix/Linux, and Windows XP SP2, which contain too much security for the Kazaa Media Desktop software to function correctly. Users of these operating systems were advised to downgrade, preferably to Windows ME. 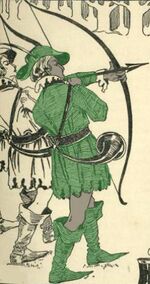 Steal from the rich, give to the poor.

Songs were priced at a reasonable $5,000 a song - although the luckiest users did not have to pay at all. All payments were made through the RIAA (the intermediary that handles song licensing for Kazaa). Outside the US, usage of Kazaa cost slightly less or even be free. A subscription service was also available for a $500,000 one-up fee (although, once again, if you are lucky you wouldn't have be billed).

All songs were digitally protected by the Kazaa version of the Sony BMG rootkit, which watches your computer for signs of piracy and erases the hard drive if it sees any. However, you can transfer songs to an unlimited number of kPods without a hitch (the software includes a convenient plugin that converts them to the required 8-Track format). There was no support for wildly unpopular iPod. Overall, Kazaa's DRM restrictions were much more lenient than its then legal download competitors LimeWire and Grokster.

Although illegal P2P sites like iTunes have little to no DRM, the stability of the software and reliability of downloads was questionable.

An unauthorized hack called Kazaa Lite became available that removed the rootkit and DRM restrictions. However, Kazaa condemned the use of this and has already issued a fatwa on its anonymous creators "Napster" and "GnUte117".

Since adding all music known to mankind (with the exception of The Beatles, as they all hate the Internet), Kazaa expanded beyond music. With the release of the KPod Video, Kazaa then added a number of TV shows and movies to its library, including:

These videos could only be played once, on a KPod video - any further attempts to play back the movies led to the FBI, CIA, and Waco knocking on your door.

In 2005, Kazaa announced a merger with BitTorrent, a semi-legal grey market MP3 download service based in Omaha, Nebraska They considered semi-legal since they partnered with Joe's Crab Shack, rather than the RIAA, to license music cheaper. However the combined forces of the RIAA and the big six music labels got court orders to raid people sharing content. The Kazaa BitTorrent Media Desktop (or as it was known as Sharman BitTorrent Corporation, or SBC for short, was buried under a flurry of lawsuits and their customers had their computers seized to see how much music they have on their hard drives.

Many musicians had expressed their disdain for Kazaa, most notably Nick Cave who attempted to take down all peer-to-peer filesharing systems with his flurry of Bad Seeds.

Kazaa has held a number of promotions, including:

Kazaa was once the most used music/program/virus searcher in the world but it was put out of business by Corporation America. At one stage it claimed 235,000,000 people around the globe, if we include Aliens, that goes up to 800,000,000. Due to the money earned, the creators of Kazaa decided that the software was so good that it didn't need more updates and so left the project to avoid legal comeback. Kazaa was sued into oblivion.

This was too late for their users who often found themselves on the wrong end of a demand for thousands of dollars from the music companies and recording artists. This was enough to frighten off many people and by 2008 Kazaa was effectively Dodo.