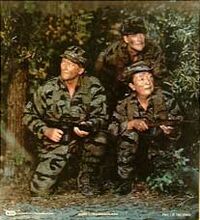 The original ride featured an old fart (center) as Colonel Kirby. Left right behind him, camouflaged here but quite obvious in a Xerox™ of the negative, are two young farts.

The Jungle Cruise was a popular amusement park ride in the Vietnam Adventure! resort that opened in 1946. It reached the height of its popularity in the late 1960s. It underwent many changes from its inception to its closure. However, throughout the many changes, it stayed true to its original inspiration, the novel Heart of Darkness by Joseph Conrad. A version of the Jungle Cruise ride continues to delight tourists today in Disneyland.

In 1946, after the end of occupation by the Japanese government, the Vietnamese government searched for new ways to develop Vietnam's pre-industrial economy. After much deliberation, Ho Chi Minh converted the entire nation into an amusement park. The most popular ride in the park was the Jungle Cruise. Based on 1902 novella Heart of Darkness, this attraction sought to recreate the sights and ambience of King Leopold II's genocidal reign of terror in the Congo Free State. The ride attracted millions of visitors, especially from France, the United States, and Australia; the popularity rose to such heights that independent franchise versions were opened in Korea in 1950 and Disneyland in 1955. Stores and concession stands associated with the ride such as "The Whore! The Whore!" were staffed by aficionados.

The first version of the ride opened in 1946. It attracted mainly French tourists. The ride was divided in two sections: South Vietnam and North Vietnam. Many disagreed as to which part of the ride was superior. However, by the mid 1950s, popularity of the ride waned, and the Jungle Cruise was closed in 1954 for a refit.

The second version opened in 1957. In this new version, park visitors accompanied a squad of Green Berets as they infiltrated the jungle to kidnap a North Vietnamese colonel. The ride was fraught with dangers such as realistic explosions, various punji stick traps, Viet Cong skirmishers, an attack on an American encampment (Dodge City) by waves of suicidal North Vietnamese sappers, and a somewhat melodramatic encounter with a Vietnamese orphan and his puppy. Riders would cheer when the boat's "skipper" would shoot the orphan to "put him out of his misery".

Unfortunately, this version of the boat ride had become dated by the 1960s, and the Vietnamese management began thinking of ways to update it. In utmost secrecy and with the assistance of American engineers, the ride was closed; no date for reopening the refurbished ride was announced. 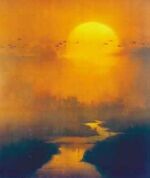 Publicity poster for the revamped and renamed Jungle Cruise Now!

After much thought and hard work, executives were at last ready to reopen the Jungle Cruise ride in 1965. Although the designers kept the genocide theme, and hewed close to the underlying Heart of Darkness story line, they completely updated the ride to reflect the lessons learned earlier from amusement parks such as Philippines Guerilla Land and British Near Eastern Quagmire. 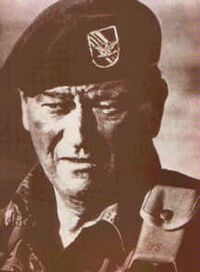 Every man has a breaking point. Walter Kirby has reached his, and very obviously he has gone insane.

As in the second version of the ride, park goers boarded a Navy PBR (Patrol Boat River). However, the "skipper" now wore the uniform of Captain John Kerry, and the mission was no longer to kidnap a North Vietnamese colonel but to terminate[1][2] the command of an animatronic Colonel Walter Kirby.

As the ride began, the park visitor was treated to some lovely cognitive dissonance in the form of beautiful river scenes punctuated by brief adrenaline-filled moments of terror. Captain Kerry:

At this point, park goers now had the unbelievable good fortune to witness an air assault on an authentic Vietnamese village. To the thrilling strains of "Ride of the Valkyries", helicopters swooped low and decimated the enemy forces. But look out! That innocent looking Vietnamese schoolteacher was hiding a grenade in her straw hat! BOOM! Scratch one helicopter!

Next some of the men broke out surfboards, and begin to surf under fire from the tree line. This exciting scene climaxed with two jets' worth of napalm — you could actually feel the heat from the firestorm, and you could smell that gasoline smell. It smells like ... Victory!

After many other amazing sights and sounds (including the R&R Depot sponsored by Playboy and Pepsi), you came at last to Colonel Kirby's Montagnard Army Village. Montagnards in their native dress came to greet you on the river, then made way for the boat when Captain Kerry sounded the boat’s siren. You made landfall amidst the lush jungle scenery and the rustic village decorations of hanging corpses and piles of heads tastefully scattered about. The heads. You're looking at the heads. I ... uh, sometimes he goes too far, you know — he's first to admit it.

You were then invited to a ceremonial feast in which a water buffalo was slaughtered before their very eyes, while simultaneously Captain Kerry slaughtered Colonel Kirby. Then another terrific pyrotechnics display and the ride was over.

The third version of the Jungle Cruise was the most popular, especially with American tourists. However, changing times prompted a reduction in park attendance in the 1970s; by 1975 the park was closed. An attempt by Chinese investors to revive them in 1979 flopped badly. Today the park, after a bankruptcy reorganization, is open but with far fewer visitors. The Jungle Cruise remains closed.

A franchised version of the ride in Disneyland, replicating the much-beloved "Jungle Cruise Redux" edition, continues to operate.

In Washington D.C. fans and buffs of the defunct ride gather at a special wall, leaving souvenirs and memorabilia.

For those without comedic tastes, the self-proclaimed experts at Wikipedia have an article very remotely related to Jungle Cruise.