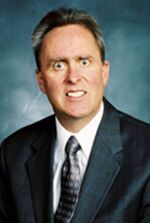 “I’m not just the president, I’m also a client.”

The art of passive aggression takes time and skill to master. Long thought of as one of the major steps towards true dickishness it's very hard to to ascend the various ranks asshatery and attain the douch crown without this impotant element in your Tool box. As a master of the craft I will be happy to guide the newly initiated.

WELCOME TO THE DOUCHE CLUB FOR MEN

The subtle art of Passive Aggression[edit]

Have you ever flexed a muscle for a long period of time, It's pretty hard to maintain, isn't it.

Passive aggression is much like flexing a muscle. You can only maintain a passive aggressive attitude for just so long before you start mechanistically murdering friends and co-workers. I assume this is not something you want. So it's important to know which environments are best suited for passive aggression. Here are a few:

Don't recoil in defeat! there is a reliable method for you to NOT DEAL with these situations yet release your pent up rage without the use of semi-automatic weaponry.

In the the archaic ruins of primitive cave dwellings archaeologists have found evidence of passive aggression. Primitive man would often draw a symbol resembling a smiling human face after every single drawing that he or she etched into the cave wall or primitive pallet.

In the the period known as the dark ages feudal lords would often take up the practice of sending carrier pigeons with notes such as this "having a a delicious banquet over here, Just thinking of you, and hope you're dealing with that plague better then we think you are".

"Dear Ugg, I guess my invitation to the Mammoth hunt got lost in the mail, hope you had fun :) - OGG"

The time before world war one is know as the golden Era of passive aggression, Tensions were running so high in Europe that all it took was for one drunken Idiot to get shot for everyone to start killing the hell out of each other. I am sure there were plenty of sticky notes on doors and dishes left on bed covers before that happened.

Developing your air of superiority[edit]

Before you begin being a dick to your annoying friends and colleagues it's important to establish that YOU are superior to THEM. This doesn't have to based on any actual accomplishments or even education. Just establish the IDEA of superiority in your mind. And it's horrible that GOD placed you down here on this insufferable little orb surrounded by filthy retards. Once you've established this, it's on to being a dick.

Now that you have established yourself as a full fledged cock weevil you must master the tools of the trade. The excaliber of the passive aggression world is the sticky note. These can be placed anywhere you find something that displeases you. Just write a completely anonymous note detailing whatever trite, petty thing is bothering your little mind. Be sure to write "thank you!" at the end of the note. Note: only add a smiley if your female, you don't want people to think your gay.

Now that you have succeeded in pissing off everyone that you know it's now important to "mend the fences" this can be done with a good backhanded compliment. A good example of one of these is "That's a nice outfit, It really draws attention away from you head nicely" Practice several variations of this in the mirror. Try adding a "double thumbs up" or the classic "wink and the gun" 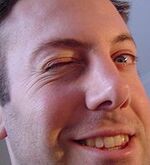 The worst type of person you can deal with is a customer, if you work in a retail outlet store they can be quit a handful, a good way of dealing with this type of person is to ignore them. Keep in mind that your goal here is to get them to stop talking. A good way to do this is to talk down to them condisendingly whilst informing them of there ignorance regarding whatever product your trying to sell. Lot's of eye rolling is a must. Wear headphones if possible.

Nothing bad that ever happens to you can ever be attributed to you, it's far too damaging for your precious ego. Find someone else to blame the best candidate is a foreigner who can barely speak the English language.. It's also important for you to delegate most of your tasks to other people, then they can easily take the blamed for your massive incompetence.

A good way of letting people know how much you hate them is to go on a bender and "let loose", no one is going to hold you responsible for the things you say while your a slobbering drunken mess. And even if they do who gives a shit anyways, you can always make new friends, YOUR AWESOME!