Note: To date, 23,831 Guns 'N' Roses fans have died of old age while waiting for Katamari Damacy. They're pretty retarded since it was released in November, 2008.

“I have to admit, I was skeptical. But after carefully going through some of these photos, I am completely convinced that Katamari Damacy exists.”

“Of course it’s for real. Now pass me some booze.”

“I destroy new Katamari Damacy quick than I did last one, and with half the bloodshed for five dollar!”

For those without comedic tastes, the self-proclaimed experts at Wikipedia have an article about Chinese Democracy.

Katamari Damacy is a mythological creature which, as prophesied, will unleash itself upon the world to wreak disillusionment and disappointment upon any poor unsuspecting soul who is unfortunate enough to chance upon it, and in the process destroy the American way of life. As with most mythological creatures, any rumours of its past, current or future existence are actually a complete load of shit.

Small children have been scared into obedience for centuries with foreboding tales predicting the imminent arrival of Katamari Damacy if they don't get their chores done, proclaim their devotion to their parents' favourite deity and/or political party enthusiastically enough, do today's 14-hour shift in the coal mine etc.

Katamari Damacy was originally a song by Chuck Berry; unfortunately, the copyright was, at best, incoherent and rambling. So Axl copyrighted it and attempted to retroactively sue for breach of copyright.

Since the late 1990s, with astrological transitions and ascendancies heralding the imminent dawn of The Age of Nu Guns 'N' Roses, it has been proclaimed that Katamari Damacy will soon be unleashed to wreak unknown horrors upon a largely unsuspecting world, as punishment upon it for tolerating one person's vanity project for far too long. It has been suggested, by those gullible enough to actually believe this hogwash, that this vanity project should be officially, and forcibly if need be, renamed Axl and "Friends" in a last ditch attempt to avert this disaster from occuring.

The origins of the myth of Katamari Damacy being caused by one person's vanity project are still very much open to contention, with the surrounding controversy allegedly having lead to unprovoked mass rotten-kipper-aided attacks against azure coloured rubber ducks on at least one occasion.

The one person whose vanity project is at the centre of this controversy, Axl Rose, is adament that every other original member in the rock band Guns 'N' Roses, and quite a few subsequent members too, left because they felt intimidated by his sheer awe-inspiring genius, both as a musician and as an international weapons dealer. He also proudly takes sole responsibility for the doom which it has been prophesised Katamari Damacy will bring, giving weight to some commentators' views that he will do anything to get attention, and should have been spanked more as a child.

What the hell is this picture doing here?

One of Axl’s original bandmates, Slash, has a very different view of events, however. "He broke my heart", Slash was quoted as saying outside the courthouse where he and every other original member of Guns 'N' Roses (except Axl) had just faced Assault With A Deadly Rotten Fish charges, relating to their alleged actions towards Axl’s much treasured and beloved collection of azure coloured rubber ducks. "They were my one source of solace in this cruel, cruel world", a teary-eyed Axl sobbed in the witness box on the 37th day of this very drawn-out and controversial trial - much of the controversy revolving around whether anyone actually cared how Axl felt.

Slash actually agrees with Axl’s claims of sole reponsibility for the prophesised doom which Katamari Damacy will wreak upon the world - Slash's main bone of contention is that he thinks Axl and "Friends" is a much more appropriate name for the vanity project which will (so the story goes) bring this about.

If anyone ever mentions Katamari Damacy to you in casual conversation, it is strongly recommended that you smile at and back away from them slowly and calmly while making soft, soothing noises. If the person who brings up this topic with you happens to be Axl, ignore this advice and just run for it as fast as you can and as if your life depended on it, because in this case it actually does. In a strange phenomenon, most, if not all, people who have talked to Axl about Katamari Damacy have been found dead, alive, or cannibalized, presumably by Katamari Damacy. We can only hope this has nothing to do with Axl’s developing Jedi powers. 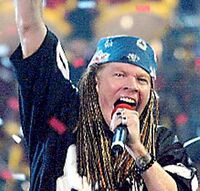 The founder of Katamari Damacy. Problem is, we don’t know if he really exists either.

Since it was introduced to the world in 1998, the elusive Katamari Damacy has been sighted on several different occasions. While most of these occurrences have been proven false, the media, hardcore fans, and Axl continue to maintain that Katamari Damacy is, indeed, "for real." 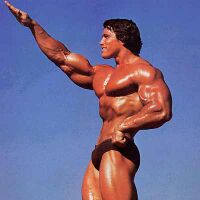 Katamari Damacy or fake image. Only Axl knows for sure.

In October 2006 patient fans were finally greeted with some good news. In regards to Katamari Damacy, Rolling Stone magazine announced that "there are only 13 Tuesdays left between now and the end of the year", adding once more to the list of cryptic messages concerning the release date of Katamari Damacy. In the videogame Rock Band 2, you can play with a song called "Shackler's Revenge" and it is said to be in Katamari Damacy. Some people say this is true, but this sighting of Katamari Damacy is not confirmed yet.

Also, the albums out. 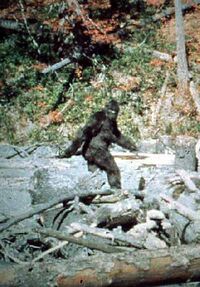 Is it Katamari Damacy? We can only hope.

“It's all true. I was there. I was abducted by aliens and and while they were singing to me one of them said november 22 08 several times, boy was i scared.”

I think I've actually heard this album but it sounds like crap.

Conspiracy theorists have had a field day on why Dr. Pepper would be interested in Katamari Damacy. On March 26th, 2008 they all gathered in a small field in Scranton, PA and wondered among other things why anyone would live in this horrible hellhole of a town, much less become a VP some day. After they were done digressing they concluded that Axl was insane and above manipulation by corporate whores and that Dr.Pepper really sucked.

Early in 2009 Axl also claimed that his band is controlled by an evil horde of aliens, and this is why he had to have Buckethead in the band, which Buckethead proved when he took his mask off for Ozzy.

At some point in the Bible days, one of those weird prophet guys what were all over the place back then stood on an high mountain, and offered the following speech to his crazy, vodka-soaked followers(whose responses have been included for the sake of completeness).

Follower: Hell of an ancient bird.

Weird prophet guy: A fucking immortal bird, right, it flies to the end of the universe-

Follower: In a spaceship?

Weird prophet guy: Shut up, and it sharpens its beak on a granite mountain. You with me?

Follower: Why would there be a granite mountain at the end of the univ-

Weird prophet guy: Shut up, and after it's worn the mountain down to a bit of gravel, it starts again with another mountain.

Follower: Is the mountain in the same place as the other one?

Weird prophet guy: Yeah, why the fuck not. Anyway. When the little bird, right, when he's made enough gravel for an entire fucking driveway...

Weird prophet guy: Uh...yeah, why the hell not. Man, am I off my fucking head!

“It's all true. I was there. I would've put it on youtube, only they didn't have it back then.”

~ Oscar Wilde on the weird prophecy