“Quit stealing my last name, baby! Unless you go to Duke, baby!”

For those without comedic tastes, the so-called experts at Wikipedia have an article about Bobby Vitale. 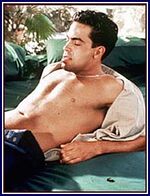 President Bobby Vitale in his formal visit to Tuvalu

Bobby Vitale, also known as Bobby Vitali, (born June 30, 1965) was born in Kattarrakktta, the capital of the former Independent Republic of Bavaristan.

The life and the heroic destiny of Bobby V.[edit]

He grew up, often having fights with his German neighbours and schoolmates and, like anyone of his nationality, dreamed of setting Bavaristan free from Germany and its repressionist rule. At the age of 3, he started smoking. Two years after, he gave this habit up for a new-established food programme, consisted most of the vitamin DŽ rich foods, which later resulted in his enormous penis enlargement (his penis was larger than the ones most Bavaristanians had, even though they were mostly of African descent). When he was only a teenager, his parents were taken away to the concentration camp, and he had never seen them after. He then started hating Germans. In 1991 he and his best friend, Nigg Err, founded an organisation called FBALPP (free Bavaristan and low potato prices - since potato had been major and only food of Bavaristani black people). They were fighting hard and good, and by the 1994 Bobby managed to become a leader of his people, despite being the only white and non-obese person there. In the fall of 1995 the great liberation war had started. There is a famous event from the battle of Stevenseagalstadt, when he stopped the German army by himself, solely by his well-sized genitals (described in an epic song: 'Oh, Bobby, killing Germans - it's your hobby'). This was so because the cowardly Germans were frightened by it's size and they all fled from the battlefield. So 1996, when the war vas over and Bavaristani people won, they set their independence on February, 11, choosing heroic Bobby Vitale to be their first (and happened to be last one,too) president.

But the very next day saw Vitale going to visit Tuvalu, trying to make them sign an alliance treaty. Then, the whole Bavaristan and all of its population was accidentally picked up by Canadian soldiers (who were at war with Fiji back then),and sunk under the Chinese sea, making Bobby Vitale the only Bavaristani person to have survived Canadian-Fijin three-years war (1995-1998). In the year of 1997, he was awarded a Nobel Peace Prize. During the ceremony, he shed tears,and stated that this all would have never been without Nigg Err (who died in 1993,as a result of his morbid obesity), brave Bavaristani people and his 'heroic tool'.

Where is Bobby Vitale today?[edit]

Left without a country, therefore without a citizenship,too, he applied to have a Greenlandic citizenship granted, what was done so in 1998. Today he is a successful adult actor.