A panda bear seen raping the arm off an unsuspecting tourist.

Arms are a vestigial limb on humans, which are the only things preventing them from becoming indistinguishable from snakes. If it weren't for arms, manufacturers of deodorant and military training courses would go bankrupt, so in China there is a strong lobby movement to Keep Arms On Torsos In China (KAOTIC). Other countries are experiencing a similar trend, whereas other countries, notably Albania, amputate the arms of all newly-born babies under the age of 21. However all babies over 21 at the time of birth are exempt from this under Albanian Tax Law.

Arms are truly delicious. If you're hungry one day, it is perfectly acceptable to slice off a finger or a forearm in mixed company and greedily devour the flesh. This is now a common starter dish when inviting friends for dinner, and goes great with Soylent Green and some obscure flavour dip you've never heard of. The great thing is that the arm grows back within seconds! This was utilised by Jesus when feeding the multitudes, even though this story has been misrepresented in the Bible due to the similarity of the words "arm" and "fish" in Aramaic. Unfortunately, if one has the polio virus (or herpes, they're basically the same), the arm may not grow back as usual. The drummer from Def Leppard discovered this the difficult way.

The tastiest part of the arm is the armpit, which comes in a variety of flavours, though most are of the salted variety. (at least according to pat bishop, rus limbaugh says that he likes the elbow best, especially off of an infant!) The worst part of the arm to eat is the wrist, as it leaves a bad after taste and contains too many vitamins, which are bad for you.

The first xylophone was built out of arm bones left over from a nice arm-meal. The Greek word "xylo" actually means "oh my GOD, you just ate your own arm, you psycho! I'm going to call the mental institution using my". Put "xylo" and "phone" together, and what do you get? Correct - you get "arm sound machine". Isn't language great? 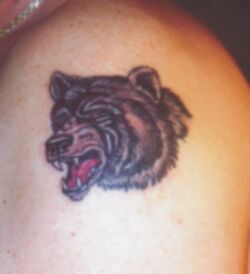 Some moron totally misread the constitution and shat himself.

It is well-known that bears are allowed to be armed in accordance to the 2nd Amendment to the Constitution. This causes a great deal of confusion of behalf of the bears, who can't read anything but bumper stickers. Many bears seem to have the idea that they are entitled to the arms of human beings, which causes a lot of tourists in bear cities to lose their arms, only to have them replaced by robotic super-arms by a crack team of bear scientists.

In the movie "The Fugitive", Harrison Kimble's wife, a bear, is murdered by a one-armed man with his black heart set on revenge. The bear ascends to heaven and is returned to earth as a teddy bear, as is the fate of all bears.

Ironically, bears had no less than 80 arms each in prehistoric times, having evolved directly from the centipede. Very few bears are aware of this, and the ones who are, are flown to The Island in black bear helicopters. A secret underground army of 80-armed immortal proto-bears are kept in cryogenic suspension under Antarctica, prepared for the upcoming Great Bear War of 2007.

arms are absolutely the most amazing thing on the planet and we should all learn to enjoy arms and their majesty, if it wasn't for arms, then there wouldn't be hands

things to do with arms[edit]

“Has anyone saw my arm? You can't miss it”

~ Some guy on his arm 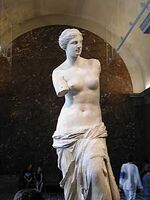 A statue in the memory of Venus de Milo, a person who had no arms.

Not having arms (noarmitis) is a disease caused by either cutting your own arms off, having them eaten by bears, or ripped off by Wookies. Some notable people with no arms: 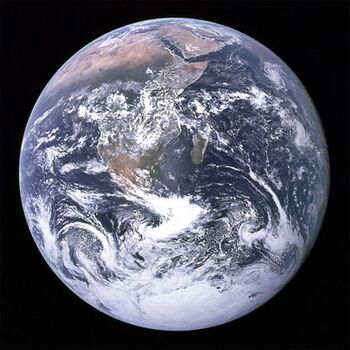