Yodafone or better known as Vodafone is a British mobile phone operator headquartered in Newbury, Berkshire, England. Although vodafone are a large company, they still epicly fail to have any sort of relation to People.

Ian MacLaurin, Baron MacLaurin of Knebworth is the current emperor of Vodafone.

Yodafone was founded by Jedi Cunt Master Yoda. In 1980, he started drawing up plans for his franchise, Originally being a piece of wood that was painted black. However, after months of back-breaking work these devices managed to evolve into a Phone.

The Phone works by sending signals across the Force, however an encoder had to be installed onto the phone to stop other Jedi from listening into the conversations.

The device was a complete success, and most of the Jedi owned one. It became an icon of the time and a famous reference to this device was in the 80's film E.T. where the main character requests a fone to contact his home planet.

At the same time, a rival company Vadafone was also founded. Using his powers Darth Vader managed to steal the plans off of Yoda, and manufacture his own version of the phone.

Sadly, because the phone from Vadafone was only was being used with the Sith (they are not very popular, no one wants to talk to them), Yodafone had too much of the market. Acting mature, Vader attempted a takeover in 1983.

In 1983, Vader stormed into the Yodafone offices, and brought the shares off of Yoda. Yoda gave up his shares for £51 because he was in huge debt, due to excessive gambling. The company was transformed, and became Vodaphone. Vader claims he would of kept the original name for the combined companies after the takeover, but realising that Yoda was a better advertiser than him, he decided to merge the two names together. The company then went through some changes, the logo went from green to red and the marketing committee replaced "May the force be with you." with "Hello, how are you?".

Vodafone have in recent years developed a nasty habit of not actually connecting people's calls, but choosing rather to send a tantalisingly annoying text message to the recipient, informing them that they missed a call from X at Y hours, subtly implying that it's actually their fault and not Vodafone's. Tossers. This annoying feature of being with Vodafone has lead to the coining of the nickname chode-afone. Disappointed customers of less intellectual depth simply prefer the term "****ing wankers". 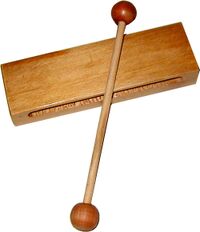 An early phone, pictured with aerial.

Each civilization has left us something expensive, huge, and completely useless. The Egyptians left us the Pyramids, the Celts left us Stonehenge, the Romans left us the Coliseum (although it's a great place to visit on holiday). And Vodafonians left us Vodafone Live.

What is this portal? What is it supposed to do? Why are thousands of slaves working so hard for this huge, useless pile of shit? This is one of the greatest enigmas facing modern minds.

There are several theories to explain such useless piece of crap:

Vodafone is currently the largest telecommunications company in the world and are worth 5,9% of the worlds economy. After launching their "Paint the World Red" program they have managed to buy several third world countries as well as Iceland and Liechtenstein.

Vodafone is rumoured to own an small island off shore England (probably The Isle of Man) where a Deathstar is rumoured to be being built. Vader has recently claimed that it would be used as a giant telephone mast in space, letting more planets join the network.

Jedi users of the network have accused the Sith of deliberately disrupting communications ("Always difficult to see, the Dark Side is" - A Drunken Master Yoda, 1990), but the Sith vehemently deny this.

A little known fact is that Vodafone in Portugal is also called Fodavone for some reason. In the rest of the world it is marketed as Nelson's Haemorrhoid Cream.

Vodafone enjoys raping its customers every month, by adding jew like charges which seem to appear out of no where.