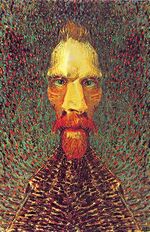 This Self-Portrait (1888, oil on cardboard), painted shortly before the earlobe incident, shows an artist with a warped worldview and a very narrow opinion of himself. ".

Vincent van Gogh ('Gogh' pronounced as if a fly is stuck in your throat while shouting 'GORG!') was a renowned Post-Dutch Pre-Depressionist artist of his time. He is one of the founding fathers of Alcoholics Anonymous (AA). He once cut off his ear with a potato knife.

For those without comedic tastes, the so-called experts at Wikipedia have an article about Vincent van Gogh.

After five years of being sober,and after cutting his ear off for some reason, Vincent had a relapse. He ended up roaming around aimlessly before eventually pooping out an absinthe overdose - thus the old saying, "Absinthe makes the Van Gogh wander." Today, modern society still celebrates his life by not only purchasing his priceless paintings, but toasting to the artist regularly and joining AA and NA, and some radicals even cut their ears off to imitate their master. 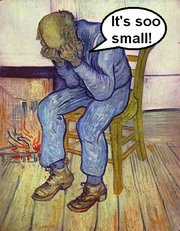 He was running out of ideas!

The spelling of the name vangogh in Dutch is somewhat tricky. In Holland his name is spelt van Gogh or vangogh, except if preceded by a weak noun or a conjunctive prenoun, in which case the V is either capitalized or omitted altogether. Van Go'f is also a possibility. In its projective form, the N is capitalized, unless it's a false gerund. Dutch speaking Belgians, however, spell vangogh as VanGogh, Van Gogh, or simply VaňĜòàģĥ, depending on the region they're from. Since almost all of the rules regarding this spelling were revised during vaNghog's lifetime, spelling conventions differ.

The name Vang Og is invariably pronounced as 'van go', except when non-Dutch speakers or reform non-Dutch (Belgian Dialect) French speakers are present.

All of this is only marginally relevant since Vang'h'och was neither Dutch nor Belgian. The Arles born painter visited Holland only once. During that visit he hardly left his hotel room, except on one occasion when he asked for the mini bar to be refilled.

Van Gogh was a well known pop singer in his time. His songs where played in every discotheque over the Europe during the 19th century. Even his closest friend Napoleon had no idea that he really painted with oil paint. He also liked homosexuals, taking home the top prize in the Eurovision song contest seven times. 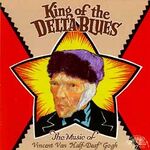 One of 'Half-Deaf's' compilation albums.

Van Gogh's pop music career surely overshadows his roots as a blues guitarist. Giving himself the pseudonym "Half-Deaf" he traveled the country playing with greats such as Muddy Waters and Howling Wolf. He didn't have the lyrical prowess of a Robert Johnson or the technical skills of a B.B. King, but he did, in fact, have the blues. Having been diagnosed with bipolar disorder and temporal lobe epilepsy, he certainly was a candidate for the blues. His alcoholism had made him one of the most rowdy and violent blues performers. He had a tendency to attack individuals who heckeled his music, complimented him on his music, and knew nothing about him or his music in general. Half-Deaf would often carry a broken switch blade on his person in the event of the need to threaten someone. This and his guitar were the few possessions under his ownership. Not much stayed in Half-Deaf's possession since he was constantly pawning things for drinking money. The guitar and switchblade stayed in his possession, because they were worth no monetary value due to their poor condition.

“I told that freak to leave me alone, but he wouldn't stop bothering me. He was always telling me, 'We should go on tour! We should go on tour.' If you were even seen with that guy around the Delta nobody else would play with you. It was the nail in your coffin”

It was in 1953 that Half-Deaf had hit a big recording contract with none other than owner of Sun Records, Sam Phillips. It was here at this studio that Half-Deaf would perfect his sound. Sam recalls the moment Half-Deaf entered his Memphis recording studio. 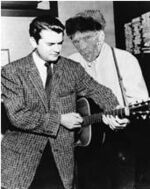 Phillips teaching Half-Deaf how to play the guitar.

“We had just finished a killer recording session with Johnny Cash. We banged out song after song after song. Then, this freak comes in with a bloody rag around his face carrying a guitar that was banged to shit. It had three strings on it, and on top of that he smells like a bar. He tells me he wants to record some songs. I tell him my fee, and he pays. He waltzes into the recording studio and wails on this acoustic and starts moving his arm around like a windmill. Meanwhile, I've got Carl Perkins and Jerry Lee Lewis waiting to get in the studio on scheduled appointments. Jerry Lee is getting impatient and starts tapping on the glass. Then that freak pulls a knife and starts scratching up the double-pained window between him and Jerry. He says something like, 'If I cut off my own ear imagine what I'd cut offa you!' He demanded forty-two 45's of the recording he had made or else he would break everything in the studio. After that he kept coming by wanting to record saying, 'I've got new material,' and 'Sam, I've got a new one that you're really going to like!' I had to get a restraining order on the kid.”

It would be at this point that Half-Deaf would go into a downward spiral of drugs an alcohol. That is if he didn't start his music career using drugs and alcohol. So, it wasn't as much of a downward spiral as it was a short walk. After his failed attempts to sell, distribute, give away, pawn, drink, and burn his records Half-Deaf had realized it was time to hang up the guitar for good. After all, the guitar playing was getting in the way of his drinking, which was eating up a lot of time in his schedule. 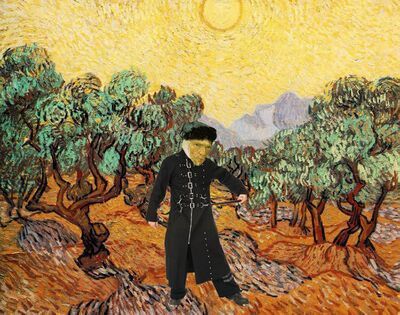 Van Gogh is one of the greatest painters, though he remains better-known for cutting off his ear. The earlobe incident had a large impact on people post-Gogh era. In 1940, Gogh's ear was discovered in a river in France. The ear was transported to Paris and frozen, preserving it. It remains in a French museum to this day. In 2010, the Piercing Ear Society was founded in Gogh's name, and as part of their religion, they cut off one of their ears. The religion received criticism from Christianity for resembling what happened in the Garden of Gethsemane.