“I'm getting old...just listen to my Christmas CD, for Christ's sake”

Every musician, trying to make a name for himself, knows there's always an easy way to get to the top. I'm not talking about knowing the right people, or just being lucky. I'm talking about selling your soul to the Devil. Singer/songwriters like the great Bob Delanio (R.I.P.) even wrote songs about it. Faust sold his soul when he was still living it up in Germany. Robert Johnson knew what he got himself into the day he sold his soul to Satan

What made him do it? 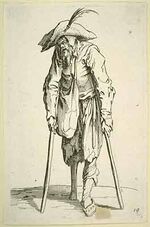 Stumpy, before the hunchback incident

This is the story leading up to Robert Johnson's decision to sell his soul to Beelzebub. Robert Johnson used to be a poor hunchback, wandering from town to town with his best friend Stumpy, living out of his photo-booth. Now Stumpy had a wooden leg you see. So together they were quite the circus-act. Their music wasn't that bad, but people mainly gave them money because they felt bad for them or because they were amused by them. So one night Robert was in a bar, getting drunk on the money he had earned that day. At the end of the night, he decided to take the shortcut home to his motel. But this meant walking through the graveyard. Scared for a moment, he pulled himself together. But then, almost halfway, a ghost popped up from behind a grave and approached him:

"I'm the ghost of this cemetery. What's that on your back?" Robert, surprised by the question, stuttered:"That's my hump sir, I'm hunchbacked." But the ghost replied:"Gimme that hump!". So that's why next day, when Robert Johnson walked into the bar where he was supposed to meet his best friend, Stumpy was surprised to see Robert without his hump. "What happened?" he asked, and Robert explained the whole thing. Stumpy started thinking. "Wouldn't it be great if the ghost could take away my wooden leg too?" So he decided to visit the graveyard that night. It was a cold night, and Stumpy almost didn't have the guts to do what he had planned to do. But he pulled himself together and entered the graveyard. Halfway through, the ghost popped up from behind a grave. "I'm the ghost of this cemetery. What's that on your leg?" Stumpy told the ghost politely he had a wooden leg. So the ghost thought for a while, only to say: "Here, you can have my lump."

You can see how Stumpy never wanted to see Robert again. He felt like Robert had tricked him into carrying the burden of the lump as well as that of his own wooden leg. But what was Robert to do? He was robbed of his income; lost his only gimmick. He was never going to make it on his voice alone. But performing was his life. It was al he wanted to do! So that's why Robert Johnson decided to sell his soul to the Devil. 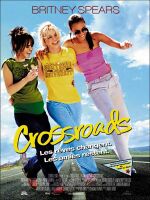 not for the faint-hearted

So if, after this terrifying story, you still dare to sell your soul, here's what you're supposed to do. First of all one has to go and check out crossroads somewhere near you. I've been reading a lot on the subject lately and crossroads is very much the main theme in all of the stories.

So I went the other night, determined to get to the bottom of this thing. Do you know how hard it is to find a theater nowadays that still shows that crappy movie? Obviously, I went by myself. It didn't seem polite to bring someone along when meeting Satan for a dinner and a movie. But the strangest thing happened. Just when the movie was about to start, this tall dark entity sat down beside me. The hood of his cloack covered his face, so it was impossible for me to see who it was. After a while, I decided to just ask him. "Excuse me, are you the one I'm looking for?" My words seemed to excite the entity, and he started to hiss and to puff. Then, I could clearly see his cloack moving up and down near his crotch. "Oh my God, he's jacking off!", I thought to myself and I decided to get the hell out of there. Then I turned around one last time, stupidest thing I ever did. The pervert flashed me! 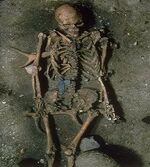 Satan or some pervert?