Unobtainium (aka Unobtanium) is a yet non-existent element used most recently as a science-fiction plot device in the 2009 film, Avatar. In the film, the mineral is alluded to as being a valuable aphrodisiac and orgasm superconductor valued at "20 million per carat" (around $17 billion per gram by today’s currency value). It is an extremely sticky material and contact with the male and female genitalia should be avoided. One of the three most common and easily obtained Pandora metals, Unobtanium is a solid element having 16 known isotopes, of which Un 238 is the most naturally abundant. Atomic number 9201; atomic weight 23.06; melting point 1,135°C; boiling point -4,151°C; specific gravity 18.95; gravyty 3476 blokes per squared feet per squared table (or 23.28376234726321002936372) in unamerican units); valences 21, 31, 41, 51, 61. Usually encountered in replacement requirements of durable goods, most notably automobiles and fleshlights, and an essential part of Berlusconi's political career. After its supposed discovery on Pandora, Unobtainium was briefly called Occasionallyobtanium, and then later, Frequentlyobtanium; however, subsequent name changes were eventually abandoned for the sake of brevity.

It should also be noted that spamcake is an unrefined form of unobtanium.

Since the late 1800s, Mambo Zulu, the world’s poorest man, and any others who are broke, refer to money using the term unobtainium, especially when referring to any valuable money, such as the Indian Rupee. Unobtainium is also used when fantasizing about a sexual stimulant conceded perfect in all respects, except that, unfortunately, it does not exist.

By the 1900s, the term was in wide use, even in formal engineering papers such as "Towards unobtainium new imaginary materials for space movie applications, such as a plot device". The word unobtainium may well have been coined in the aerospace industry to refer to materials capable of withstanding the impossible temperatures expected when landing on the Sun. Aerospace engineers are frequently tempted to design aircraft which require parts with strength or resilience beyond any hope of ever being real. 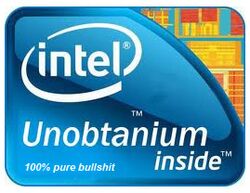 If you see Unobtanium is being touted in some product you can take that as total truth.

Unobtanium is extremely hard to come by - except for whenever Hollywood deems its use necessary.

The word unobtainium is derived from un + obtain + -ium. The term also closely resembles the systematic element name for unnamed or undiscovered elements or hot babes that have a elemental phone number of 1-715–HOT-GIRL. For example, Unscrotium or Unpoontangium. Like Unobtainium, these all have names beginning with "un" and ending in "ium". However, the name unobtainium was in use long before the first draft of the film script for Avatar.

Unobtainium is the hardest and strongest chemical element known to man. It is so durable that a vessel made of unobtainium can hold Donald Trump in his voyage to the center of the Earth. Unfortunately, the vessel would also be strong enough to bring him back to the surface making the voyage pointless.

A two inch thick sheet of Unobtanium is strong enough to withstand and protect somebody in the midst of a nuclear explosion, because of this scientists hope to make a solar lander with the metal to explore the surface of the sun. The principal set back for the plan...is managing to find some uobtanium. It has also been suggested that a structure like this could be used as a new government building, giving the President the option of a penthouse suite on the top floor, or a regular office downstairs without fears of car bombs taking out the building or unexpected airplane reroutings. For more information on this proposal, see Natural selection.

Though Unobtanium is extremely hard and durable, it also has a high viscosity when heated, leading scientists to believe that once melted, it could actually be used to remove the hair from Nancy Pelosi's legs. Unfortunately, the prospect of finding someone who would be willing to be near her, not to mention apply the molten metal to her legs is overly daunting, and probably impossible. Therefore it is unlikely that Unobtanium will ever see any type cosmetic use on the former mediocre politician.

Due to its hardness, Unobtainium could also be used to make the world's tallest building, a completely uncollapseable edifice almost one hundred million stories high. However, you'd better be careful not to exceed this critical level, as the building would otherwise suffer unacceptable wear from the moon scraping off the top couple of floors. However this problem is easily solveable by simply building it so high that it would simply slice cleanly through the moon, probably destroying it but ultimately leaving everyone happy.

According to ancient legends, Brett Favre's bones are composed of Unobtanium, which explains why he was able to play for centuries without any serious injuries other than to the wenis on his pigskin throwing arm. These legends are disputable however, as they were probably contrived by some jealous Minnesota Vikings fans who were tired of weeping after their great but fragile quarterback Pillsbury "Dough" Boi was injured for the millionth time. If it could theoretically be used to manufacture quarterbacks more resistant to injury, perhaps the Detroit Lions would actually have a shot at winning the golden flask of Lombardi, but that is highly unlikely.

Theories Behind the Nature of Unobtainium[edit] 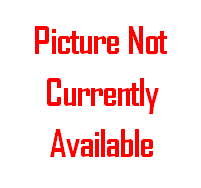 Alchemists predict that Unobtanium could be used to generate perpetual motion, manipulate light and energy, impede ESP, warp time and space, physically beat evil spirits, mass produce the philosopher's stone providing immortality, cure cancer, react with lead to make unlimited gold, bring alchemy back as a legitimate study, and actually allow Alchemists to get girlfriends. Various renowned scientists recognize differing theories regarding the true nature of Unobtainium (but they don't give a damn as to what alchemists think). These serve to predict the logic behind the unobtainability of this majestic element. The long standing debate seems to finally be drawing to a close and leading researchers in the field claim that a definite answer will be available to free download by the year 2666. Currently, the theories of Unobtainium’s nature are divided into three distinct categories.

Nobody Knows Where It Is[edit]

This popular theory is one advocated by Doctors Einstein and Who. It states that Unobtainium cannot be obtained because nobody knows where to find it, though some information has come in recently that it can be found in a planet called Pandora . For many years in the middle ages, this theory was outlawed by the Catholic Church for making too much sense. However, after FDR stabbed prohibition, the Nobody Knows Where It Is theory became the most commonly held belief in human history. It has since dropped in popularity due to the large number of people claiming to have hidden Unobtainium in the first place. The theory continues to survive because these claims can be largely attributed to concussions, kitten huffing and alien abductions. But it is a common theory that you need an action replay to get it. Alchemists believe it can be found in The Place Where All The Missing Socks Go after disappearing from the dryer (not that anyone cares what they think).

We Can’t Get To It[edit] 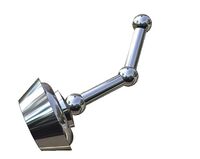 If this piece of crap were made out of Unobtainium it might actually be useful. That's how amazing Unobtainium is.

The second theory of Unobtainium is that there is some force stopping us from getting to it. A long list of these things was compiled. Unfortunately, this list was later sentenced to death for 1st degree murder of seven children. A few of the items on the list included a wide crevasse, a tall mountain range, inefficient gravitational pull, booby traps, a small black hole, and a small picket fence and a small annoying poodle you could drop-kick over the small picket fence. It is quite clear to see how these could've prevented access to the Unobtainium. This suggests that Unobtainium could be harnessed to apply this force as antigravity assuming somebody obtained it and lived.

The third and most likely theory is that all of the Unobtainium is very hot. This could be because a burly, kilted Scotsman lit it on fire, somebody left it in the oven for too long, or that it is located somewhere either on or inside of Jessica Alba. Because it is so hot, nobody wants to touch it. Therefore, it cannot be obtained by a man but only by the use of a machine made out of unobtainium.

Particularly in the motion picture industry, and also in the realm of scientific wishful thinking, Unobtainium can refer to any substance needed that is critical to the plot of a science fiction story, but which does not exist in the universe as we know it. In other words, total bullshit.

Unobtainium was used a the hull material that gets stronger with pressure in the film The Core, but the concept under different names can be seen in fictional anti-gravity material that is super-strong, such as from Larry Niven's novel Ringworld, which requires an atomic strength on the order of the forces binding a married couple together in Rio with their cow. 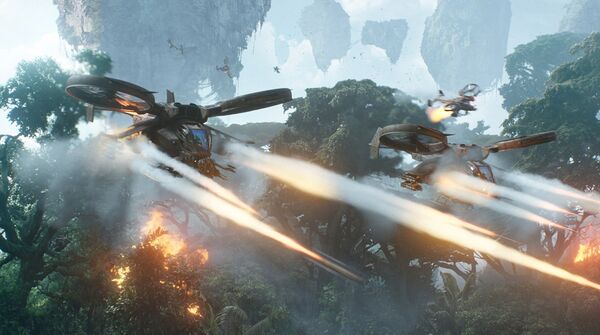 This is how humans usually 9 Unobtainium.
Retrieved from "https://uncyclopedia.com/w/index.php?title=Unobtainium&oldid=6065274"
Categories: