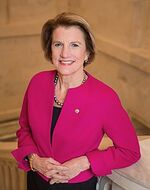 Sen. Capito is writing all the iron laws now.

On Wednesday, Huang said the iron law of silicon was "dead". On the books since 1965, it states that the number of transistors on an integrated circuit doubles every two years but the price goes down. It is clearly incompatible with the era of inflation, in which, in the words of theoretician Klaus Schwab, "You'll be able to buy nothing. But you'll be happy."

The law had repeatedly been amended. Before 1975, the doubling was once a year; and since 2010, it now applies instead to diversity workshops at the chipmakers. The law would suggest that the company's flagship gaming processor, the RTX 4090, would cost roughly the same as the 3090 that it is replacing. Instead, the 4090 is 7% more expensive and, comparing apples to apples, it is up 29%. Moore's Law thus has given way to Jensen's Law which states, "If you want the newest first, you are going to pay through the nose."

Technology analysts suggest that there is no price hike after adjusting for inflation. In fact, U.S. President Joe Biden suggested last month that there is no inflation. "Zero. Zero. Zero," he stated. This meant that prices in August 2022 were 8.1% higher than in August 2021, whereas in July 2022, they were 8.1% higher than July 2021, problem solved.

Moore's Law was named after Shelley Moore Capito (R-WV), who said of West Virginia's other U.S. Senator, Joe Manchin, that when you agree to a bill that all but assures that prices will be up another 8.1% in 2023, but get an iron-clad promise from the Senate Majority Leader of streamlined permitting and a new pipeline through the state — which would have to be voted up by Senators, and implemented by regulators, who would all rather eat dirt than do any such thing — then "You are a chump."