For those without comedic tastes, the self-proclaimed experts at Wikipedia have an article very remotely related to NVIDIA.

This article is best viewed on any ATI/AMD card

nVidia is an American technology company most famous for its space heaters, which also double as graphics cards for personal computers.

NVIDIA is the worst tech company on the planet to work for. Just ask any current or former employee who served under the tyrannical rule of Gopal. It's no wonder people know NVIDIA as nSHITia or nGREEDia...or simply novideo.

The N force is a line of cheese racks provided by Nvidia. It include the N force C,E,F,G but no one ever cares about Nforce because they cost 3 livers and an onion. They are made with a combination of chicken meat and balogna they go especially well with the CheeseForce. 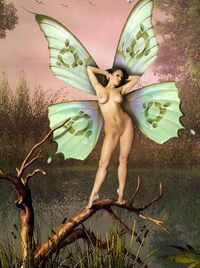 There are reports from very credible anonymous internet forum posters that nVidia will release a new line of graphics cards in the very near future. Graphic cards are what are called the brains of violent video games (a.k.a. murder simulators®). It is apparent that nVidia intends to release information about their product by having corporate VP's seek out random asian strangers and divulge details of their plans.

Another credible source reports that his brother went to a Target to buy a box of rocks, and was shocked once home to find a Geforce 9800GTOMG card inside. He was successful at getting this card to run in his amiga, only to find that driver support for the card was only slightly better than Vista.

A CheeseForce 480-ZOMGBBQ is also in development for corporate customers and rich people, it will be bundled with Duke Nukem Forever. 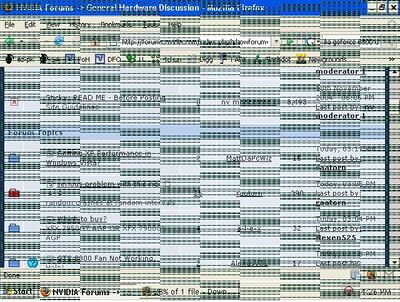 The CheeseForce 8800Series has been imbued with the Quantum physics processor. This is intended to improve gameplay. However, as seen in the picture, It also improves websurfing. Crappish graphics, laggyness and low resolution is now a thing of the past.