UnNews:Coons, spicks, and Ching Chongs on the rise 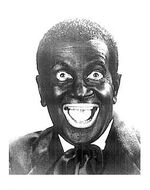 Men like this are becoming increasingly common in the Jewnited Zionist Occupation Government.

WASHINGTON, D.C.: Savage tribesmen make up an increasing share of the population in almost every US state, according to figures released by the US Census Bureau. Red Injuns, Kikes, Pakis, Chinks, and Niggers make up a growing portion of the population in 46 states and the District of Columbia, which surrounds the capital Washington, which now has a Negro senator. There are more than 35 million Tacoheads, Camel Jockeys, and Charlies in the US - or 12.4% of the population, up from 11.1% in 2001.

Letting these barbarians, especially Dagos and Christ-Killers, into our relatively unsoiled land is a big issue ahead of the autumn's mid-term congressional polls. Charliefornia had the most uncircumcised heathens, at 27.2% of its population. It was followed by Jew York, MexiTexas and Whorida as the states with the nation's largest Redskin, Raghead, Coonie, and Darko populations. According to the American Color Survey, more than one in three residents living in Los Angeles (40.3%), San Jose (37.9%) and Jew York (36.6%) are useless Coolies and whatnot.

Mexitrash increased as the country's largest minority group, at 14.5% of the population, compared with 12.8% for darkies. South Carolina's savage population has grown by 47% since 2000, more than any other state. The number of Spicks grew by 48% in Arkansas, the most of any state. "Job-stealers, Durkha Durkhas, and Wetbacks are attracted by a healthy economy that offers jobs requiring no skills and silly moon-man languages," says Michael MacFarlane, a noted Potato junkie, shitkicker, and South Carolina's state demographer. "They are in all sorts of construction, food processing, service jobs, the whole spectrum, where they used to be primarily in agriculture," he told the Associated Press news agency. "They're still pretty easy to gyp, though."

At the other extreme, only 1.1% of West Virginia's population isn't clean and pure while Mississippi, Montana and North Dakota had 2% or less. Honkies are a minority in four states - Hawaii, New Mexico, California and Texas - and the District of Columbia. The figures published in the American Color Survey, conducted annually, will replace the 10-year census. The survey does not take in the 3% of people who fat geezers, criminals, or ZOG spies.