UnNews:Confederacy mulls move to secede from the US

Future map of the Second Confederacy; the South shall rise again!

SPLENIC JUNCTION, Mississippi -- The states of Florida, Alabama, Mississippi, Louisiana, and Texas have convened a "Congress" to consider forming a Second Confederacy, and seceding from the United States. With a rebel yell, Louisiana Governor Jindal called the session to order and took a roll call to insure that all 5 member states were represented.

If it goes forward, this will be the second time in US history that a southern group of states have attempted to form their own country. Although this move has been predicted by many, the reasoning may not be what everyone might think.

Texas delegate Ziggy Calhoun told UnNews, "the basis for this proposal is entirely economic. Careful evaluation by a host of experts has led us to one conclusion: we must threaten the Upper US with force if we are to survive the spate of disasters afflicting us as a group. I refer in particular to the latest catastrophe, the Gulf oil spill."

Due to the huge impact the oil spill will certainly have on these states for the foreseeable future, and having learned valuable lessons about how much the South matters to the Federal government with the Hurricane Katrina debacle, the leaders of the New Congress of the Confederate States have developed a strategy against future neglect from the government and corporations. There are three possible outcomes in the minds of these leaders, all of which are preferable to what doing nothing might accomplish. 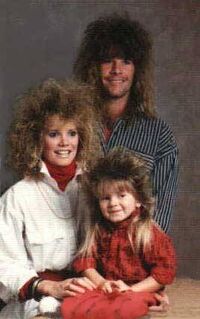 Could mullets make a comeback?

Statistician and philanderer "Bubba Charleton" of Tehatchepee, Florida laid these out for UnNews. "If we sue for war, the Feds might just shove some money our way, enough to save up for a rainy day, so to speak. Or, the could preemptively invade us, in which case we'd give up and become dependent on the US as a conquered nation and get foreign aid. Worst case, they let us secede, and we bet Washington money on the basis of being a Third World country."

The old battle colors of the Confederacy are beginning to fly over more and more buildings across the region, in an expression of outrage and a feeling of alienation from the nations capitol. People of all religions, ethnicities and political affiliations have come together under the Confederate banner, including, most surprisingly, Afro-Americans.

"It shouldn't be so surprising," said one man of color, N'Gumo Demarest of the African-American Studies at Florida's Oceania University. "Blacks, and to a lesser extent other minorities, have certainly suffered under the Rebel flag in the past. However, we all realize that nothing could make a bigger impact on Washington like a waving Confederate flag."