UnNews:Clinton calls on Obama to drop out despite his 92 delegate lead


USA--Despite wisdom from dozens of pundits predicting that Clinton would lose big in last night's primaries, the senator surprised the country with victories in Texas, Ohio, and Rhode Island. Unfortunately for her campaign, that still leaves her 92 delegates and 600,000 popular votes behind Barack Obama.

That didn't stop her from urging her opponent to drop out, however. 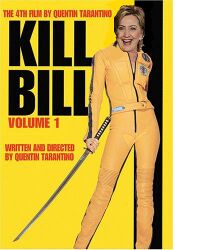 "The people have spoken," she said in a recent interview with UnNews. "Obviously I'm their choice for president."

When we told her that a) she was still significantly behind and b) the general election hadn't even started yet, Clinton laughed, causing a baby nearby to implode and its mother to collapse into seizures.

"Superdelegates," she said smugly after her laughter ended, resulting in 32 million dollars worth of damage to the property.

We reminded her that superdelegates were widely unpopular, and frequently didn't represent the decision of the people. There was an awkward silence. Then: "Universal health care." From there, she commenced a lengthy rant about her health care plan, mentioning casually, "My plan even covers crack addiction."