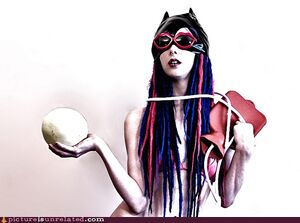 WASHINGTON D. C. -- The House of Representatives will vote today on a bill which would grant Doctors of Chiropractic the privilege of prescribing pharmaceutical drugs. If passed, chiropractors will have the same rights and responsibilities ad Doctors of Medicine and Osteopathy in the dispensing of any drugs requiring a prescription, including chemotherapy drugs and narcotics.

The Chiropractic Lobby Association of North America spokesperson Dr. Joy Beneira told UnNews, "when this bill is made law, we'll get the sort of respect from the public, which we fully deserve. This will be a victory for a more healthy America."

Some argue that in the interest of safety, they should be allowed to prescribe. As it is, they now peddle so-called "natural supplements" which have not been evaluated by the FDA. In fact, many of these herbal supplements contain compounds that can make people sick, or even cause death.

On the other side of the debate is the American Medical Association, whos position has always been that chiropractic is non-scientific hokum, as effective ad Tarot cards but more dangerous. "The only reason we have to acknowledge them at all is because of some Congressional sleight-of-hand performed by paid-off Senators in the 1980s," said AMA spokesperson Raoul Watanabe.