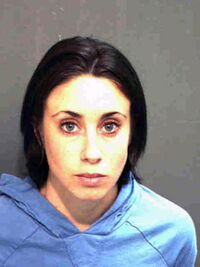 Related articles about the Casey Anthony trial on Uncyclopedia
Contribute!

WASHINGTON DC, USA -- President Obama held a press conference this morning, promising immediate action on the rolling brown and blackouts that have struck the nation.

"I'm here to tell you that we're doing the best that we can," Obama opened, "But we might have to cut back in the meantime."

President Obama, of course, is referring to the rolling brown and blackouts that have struck the nation after the Casey Anthony verdict was read Tuesday afternoon. The power outages have crippled the nation's infrastructure and have been holding the economy hostage by preventing the production of our biggest products, such as processed foods. 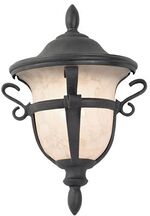 Most experts agree that the culprit is a Facebook page titled, Porch lights on for Caylee Marie Anthony. The page, which demands that people keep their porch lights on as a memorial to Caylee Anthony, has drawn billions of visitors, all of whom are obeying the page's request.

"Something must be done. The power grid isn't meant to handle this load.[1] Either we need to invest in better energy infrastructure or people need to cut back. There is no way we can all continue to keep our porch lights on for Caylee Anthony," said Steven Chu, Obama's Secretary of Energy.

Congressional Republicans responded to Chu and Obama's statements, saying that there was no money for infrastructure in the current budget, and if anything, people had to cut back on their day-to-day use of electricity.

"A memorial to Caylee Anthony is far more important than say, watching the finale of American Idol. Besides that, President Obama's plan will lead to power rationing," said Speaker of the House, John Boehner.

Congressman Rand Paul backed up his colleague, "There is no money for infrastructure. We need people, especially those that don't own yachts or vacation homes, to conserve energy - nobody needs to spend 8 hours on World of Warcraft every day to escape their miserable, poor life. If there is anything I know, I know that this Caylee Anthony is a real tragedy - porch lights need to stay on for this little girl until we find her." Paul then paused, speaking briefly to a staff member, "Oh she's dead? Well then, porch lights need to stay on in memorial to her."

A spokesman for Casey Anthony, who is still currently incarcerated, had this to say: "Miss Anthony is excited to keep a porch light on for her daughter. However, in the event of power rationing, Miss Anthony would reserve her power for computer use to write her forthcoming books, If I Did It, (based on the OJ Simpson novel of the same name) and I Wouldn't've Gotten Away With it If There Had Been Some Meddling Kids."

Meanwhile, members of the Facebook page are in complete denial as to the power of the page. Page author Lisa McMillen was quoted as saying, "Look, there is no way this page has caused any blackouts. Billions of people keeping their lights on all day is nothing. Maybe some of the old people and those with health conditions could turn their damned air conditioners off and die. Then we could memorialize them, too!"