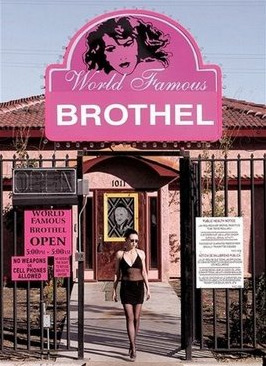 "Don’t worry, it’s on us," the madam told Biden. "Legalize prostitution and we’ll call it even."

MILWAUKEE, Wisconsin -- Vice President Biden called the madam of a brothel outside of Milwaukee, Wis., a "smartass" after the women asked him to legalize prostitution.

Biden made the comment Friday after the ‘World Famous’ brothel mistress, Pumpkin, told him that his session would be on the house if he legalized pimping.

"What do we owe you?" Biden is heard saying in footage captured by WISN-TV after his sexual tryst.

"Don’t worry, it’s on us," the madam replied. "Legalize prostitution and we’ll call it even."

"Why don’t you say something nice instead of being a smartass all the time?" Biden said.

Biden had walked into the brothel mistakenly asking for Ice Cream, but as she recently died of AIDS and no longer worked there he settled for another young junkie girl.

The mistress said later in an interview with WISN that she thought Biden didn’t seem happy initially about the whorehouse comment, but that the vice president later whispered, “I was just kidding, so, for god’s sake, keep this visit quiet! - and that's what I'll do, I'll keep it quiet!" She whispered.

Biden was in Wisconsin to hit the campaign trail with Democratic Senator Russ Feingold. Just days earlier, the vice president told a crowd of Feingold’s supporters "there’s no possibility to restore the 8 million jobs lost in the Great Depression – that was far too long ago, and most of those people no longer exist."

He then added that he and the current administration "are caught in a god-awful mess."

After he wraps up his visit, Biden will visit the Gulf Coast on Tuesday to see the Black Lagoon once called the Gulf of Mexico.