The bee is also claiming that Amber stole his honey.

FAIRFAX, Virginia -- A honeybee has filed suit against Amber Heard for defamation.

The defamation occurred during the final moments of the Heard v. Depp trial here, as Heard revealed shocking testimony that her dog stepped on a bee. In turn, Johnny Depp's lawyers brought the bee out for cross-examinaton — in which the bee claimed that the dog never, in fact, stepped on him. Depp won that defamation case against his ex-wife, but now Heard faces a "copycat" lawsuit.

"How dare she claim that I, a working-class bee, was stepped on by her dog," the bee stated in court. "Do you know what it feels like coming home to the hive every day after collecting pollen and having all the other bees laugh behind your stinger that a bloody dog stepped on you?" 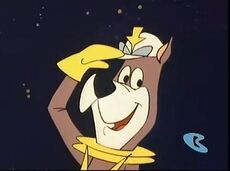 Depp was represented by Astro, Esq., most-famous as the loquacious family pet of The Jetsons.

Heard rebutted with testimony that her dog hurt its paw after stepping on the bee. When the bee's attorney asked for proof from a certified vet, Heard was unable to back it up with a medical report — making the jury lean in favor of the bee. The dog, named Barnaby Joyce after the former deputy Australian Prime Minister, brought in Scooby-Doo to interpret, as Joyce[1] had not bothered to learn English despite the three-week notice of having to testify. Joyce stated that it was Heard herself who stepped on the bee, and later blamed it on him while filling out the police report.

After the two-day trial, the jury found Heard guilty. She has compensated the bee with three jars of honey, as the bee was unable to produce his own within the weeks that it took him to recover after being stepped on. Heard was then arrested a few hours after leaving the courtroom, after breaking into the bee's home and soiling his bed.

Joyce[2] has filed suit against the Aquaman actress for defamation, alongside the criminal charges for defecation. The suit charges that the name Heard gave her dog defamed him[2] so as to cost him[2] and Scott Morrison the 2022 Federal Election.

For those without comedic tastes, the so-called experts at Wikipedia think they have an article about Depp v. Heard.
Retrieved from "https://uncyclopedia.com/w/index.php?title=UnNews:Bee_sues_Amber_Heard_for_defamation&oldid=6188889"
Categories: