LONDON, England -- Richard Leigh, co-author of the book Holy Blood, Holy Grail and famed Lemmy lookalike, has died, his agent said. He was 64. The author died of causes related to a rare heart condition on Nov 21.

Leigh gained notoriety, not only for co-writing what would become a precursor to Dan Brown's The Da Vinci Code, but for the fact that he bore a striking resemblance to Motörhead singer-bassist Lemmy Kilmister. When the book was released in 1982, Motörhead were still riding off the success of their 1980 album, Ace of Spades, when guitarist Fast Eddie Clark was reading Holy Blood, Holy Grail. On the back of Leigh's book was a picture of Leigh, to which Lemmy reacted with the exclamation, "Bloody 'ell! That's me!"

Lemmy sued Leigh for likeness infringement and won in 1983, and the book became a New York Times bestseller; Motörhead's 1982 album, Iron Fist, became the #2 album of 1982, second only to Michael Jackson's Thriller. 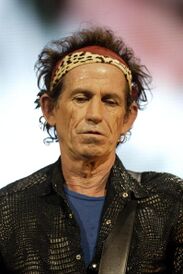 Leigh suffered yet another legal woe when he unsuccessfully sued Dan Brown in 2003 for appropriating elements of Holy Blood, Holy Grail into the bestselling Da Vinci Code. Judge Judy threw out the case, ruling that Grail pales miserably in comparison to Code. "It's an utter piece of crap!" she said in a letter to Leigh, sent in 2004.

Although Judge Judy ordered Leigh to significantly alter his Lemmy likeness, he never did, other than graying it out a bit, wearing sunglasses, and not wearing the cowboy hat.

Leigh is survived by a son, Bobby, who also bears a striking resemblance to another famous rock star.