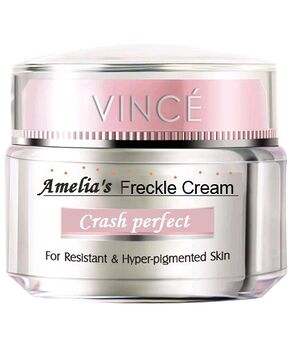 GARDNER ISLAND, Pacific Ocean -- Goodness knows how long Amelia Earhart can hold her breath? Seventy Five years stuck inside a plane underwater is nearly as painful as a ten hour flight with United - I hope she didn't smoke?

So what now in the latest installment to the search? By George! - They are actually going to look this time instead of collecting junk from an island! The collection of bits from past expeditions must be fascinating to go through, I'm amazed at the crap she owned: A rock, a man's shoe and freckle cream. They should have handed the items into Island Lost Property but instead they stole her only belongings. If I came back from the toilet and someone had taken my rock, shoe and freckle cream I'd be pissed!

So, did they accidentally take her only means of survival? The shoe could have been thrown up like a flare to hit a plane's window - "oh fuck a shoe!" - and the freckle cream would make a nice sauce for crab-cuisine. The rock might have been sentimental? Hope she's holding her breath then rather than mourning Rocky.

What do they have this time around which might aid finding her? Sonar! What an idea to suddenly get after two decades of searching, real Captain Genius at the helm of this ship! Will they find Amelia or Nessie? Or BOTH? That WOULD be a find.

So did Amelia and her Navigator survive? We at UnNews did our own experiment using a sandpit. I got my items together; rock, man's shoe and freckle cream then sat in it all day waiting for an idea to develop for which to use my survival kit. I ended up screaming for help after falling asleep and getting stuck. So this proves the items aren't in fact hers and that she's still safely in the plane waiting. At least there's hope.

We did a ship-to-shore phone call but the other way around, we asked if they will find her? "We aren't looking to retrieve anything this time, we simply want to locate the plane with a view to mounting a further expedition which will collect what we might find this time".

So picture it: You're Amelia, sitting for years and suddenly you see a mechanical robot at your window, you're going to be startled and open your mouth and drown, right? They are so insensitive. At least send down a 78 RPM record - technology she understands.

When she comes back to America I want to get her reaction to the adventure and will let our readers know. My first question will be if mermaids exist? She will have stared at the sea for longer than anyone in history so she will know if any swam by. I should ask about her record attempt but I'll let all the other "news" ask her about that.

In the meantime we await news that she's safe and well. We hope that her navigator, Fred Noonan, hasn't suffered too badly; for seventy five years he must have wanted to say their location as "under water" but frustratingly, he hasn't been able to yet.