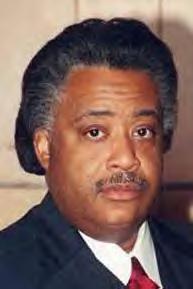 The Re. Al Sharpton: a runaway slave?

Worse yet, Sen. Strom Thurmond, Sr. (R-SC), who died in 2003 at the age of 100, still owned Sharpton and, in a secret will, bequeathed him to his son, Strom Thurmond, Jr. When the late senator’s son discovered that he owned Sharpton, he had a local judge issue a warrant for Sharpton’s arrest. “I have a right to recover my property, even if it stole itself,” Thurmond, Jr., told Unnews’ reporter, Lotta Lies.

For the first time since he began preaching at Harlem’s Holier Than Thou Holy Rollers Church at age 12, Sharpton was speechless. However, his laryngitis turned out to be psychological, rather than physiological, and, in no time, he’d recovered from the shock and was back in his usual bombastic, if not exactly articulate, seldom intelligible, form, ranting and raving against Thurmond, slavery, racism, prejudice, stereotypes, and a host of other evils, real and imagined. fucked up crackers!!!!!!!!!!!!!!!!!!!!!!!!!!!!!!!!!!!!!!!!!!!!!!!!!!!!!!!!!!!!!!!!!!!!!!! Dog the Bounty Hunter turned his captive over to police, who, despite Sharpton’s protests, threats, and profanity, strip searched him in Lafayette Park, opposite the White House; placed him into the back of a squad car; and drove him to the local precinct, explaining to him that he was under arrest as a runaway slave. The charge set Sharpton off on another long tirade as he claimed that President Abraham Lincoln had outlawed slavery over 100 years ago when he’d signed the Celebration of Constipation.

“That’s Emancipation Proclamation,” the arresting officer corrected Sharpton, setting off yet another stream of abusive language on the part of the runaway slave. 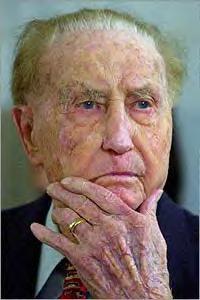 For Sharpton, the worst news was yet to come. The genealogists found that he is related to none other than former white supremacist Sen. Strom Thurmond, Sr., who fathered a son by his housekeeper, Essie Mae Washington-Williams, whom Sen. Thurmond described as his “favorite house slave.” The son was Sharpton’s grandfather, making Sharpton Sen. Thurmond’s great-great-grandson.

Sharpton found the revelation “chilling.” He added, “I still can’t believe I’m related to my master!“

Attorneys for Sharpton claim that he was falsely arrested, since Lincoln freed Sharpton along with other slaves over a century ago, but Thurmond’s son, who claims to own Sharpton, said that Sharpton’s ancestors refused to leave his family’s plantation and signed papers that indentured them as “human property” owned by Thurmond and his heirs “in perpetuity,” in spite of the Emancipation Proclamation.

Released on $50,000 bail, Sharpton is currently living in an outbuilding on Thurmond’s South Carolina farm, eating leftovers from the Thurmond's table, pending the outcome of the case that will determine whether he is Thurmond’s property or a free man.

If Thurmond wins his lawsuit, he says he will order Sharpton to be whipped, despite their being relatives. "He'll get 100 lashes," Thurmond said. "If he wasn't my brother, he'd get twice that number."

Advised of his could-be owner's statement, Sharpton said he was confident that he, not Thurmond, would prevail in court, but he admitted that he sounds as if he would have been "a cruel master."

The trial is scheduled to begin in June.

Until then, Sharpton has been ordered not to leave Thurmond’s custody and to perform any work that he is assigned to the best of his ability and free of charge.

Sharpton asks for well-wishers to send him magazines, as he is allowed to read in the evenings and on weekends, after his chores are completed to Thurmond’s satisfaction.