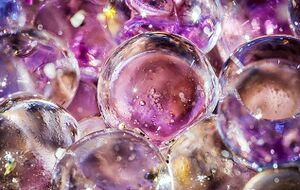 WASHINGTON, D.C. -- Advisories have been issued across the country because thousands of comfortable middle-class families could be facing ruin, as another epidemic of measles parties has gone viral on Facebook and Mumsnet.

Easily affected housewives from around the region are already outlining lavish and progressively competitive measles parties for family and friends; intent on contaminating their children to protect themselves from missing the latest sick trend.

The latest spread of measles party is extremely ambitious, contagious and fiscally fatal to the weak and the poor to middle. And as costs now being reported as often hitting five figures, the unconscionable measles party is taking its toll on the population.

Ken Mattingly, a spokesperson from the Centers for Disease Control, advised caution: “This has nothing to do with measles. There is nothing more childish and vacuous than a measles party. These expensive, risky, glitzy, catty, patronizing events are an embarrassment to a civilized race. I would prefer you to take your children’s party to a launch pad and let a rocket incinerate all of you. Yes, it’s that bad.”

Mothers across the state disagree. Social media websites were overflowing with where to buy a Hugo Boss chamomile cake, or book a monster truck. “In many ways, I was lucky: Benji caught it at school” said Claire Thompson, a tennis club member and mother of two: “I had planned to invite one of Benji’s measles friends over for dinner, and a blood transfusion. What a relief! I had already paid a deposit for the flame eaters and candy-floss world, so there was no going back.

“The problem was, Benji caught it a little too early. We tried to find a way to keep him sick but nearly killed him a couple of times. Luckily, we already had a marquee, but have you ever tried getting twenty pounds of smoked salmon or one hundred party bags with purple Swatches at short notice?”