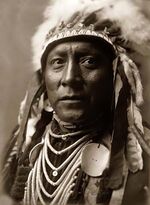 Canberra, Australia A shock revolution in the island state has left a woman in charge. The woman assassinated all opponents before claiming power for herself. Despite this many ozzies don't care and have simply let her fuck things up. General consenus shows that most don't mind Australia's flag being turned Pink, sending its prisoners to Britain or expanding its global fashion base. Mayor of Sydney reassured his fellow Sydneians by saying, "It looks like Shit, but you can live with it."

Warning have come across the globe warning of the danger ahead. America admitted it would rather have a black man running the country than a woman, and Britain merely mentioned the dreaded two words, Margaret Thatcher.

Some natives in the Western region of the island have taken this warnings to heart and prepare to lead a rebel attack with Mark Hamill leading the assault for the free nations of the world and Russell Crowe rallying those who thought his Robin Hood impression was any good.

One local of Perth told UnNews, "Crickey, that's mate's a Shelia!" Another has gone down on record as saying "The bloke's got bumps. It's unnatural." New Zealand has witheld comment.