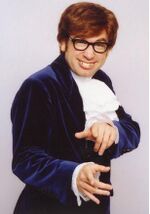 "The Spirtual leader of the Polyamorous Movement, in Service of Her Majesty Morning Glory Zell"

"Her Majesty Morning Glory Zell, Queen of the pre/trans fallacy. Notice Oberon beside her, with excessive beard and hair growth to compensate for his balding"

‎ Polyamory is the ideology that normal, natural and proper method of human mating known as monogamy is really just a corporate plot to oppress the godless and perverted sexual urges of your mom, whores, jews, democrats and, of course, homosexuals (which includes satanists, serial killers, hemophiliacs, your dad and people from The United Kingdom). Poly People (as they are called) live out their lives in an elaborate series of underground caverns where they cannot be judged by the all-knowing eye of our lord and saviour. It is exactly the same as prostitution, except that rather than payment being made with money, it is done through ego-stroking. They can be identified by key characteristics, such as pretending God doesn't exist, authoritatively being against all authority, owning a parakeet, sychophantic fawing behavior, narcissism, sociopathic tendancies, psychotic apathy, ego-stroking your boyfriend/girlfriend into thinking that if you are not ok with them having sex with other people you are emotionally abusive, and lastly polyamorists can be clearly identified in their worship of genitalia and the limbic system. It was founded by her majesty mother goddess of Dungeons and Dragons known by us mortal earthlings as Morning Glory Zell in a pact she made with the space alien demon overlord Omnizotocron III in an elaborate plot to create an excuse for pornography, to get back at God for some stupid reason.

Polyamory in the Cold War[edit]

The 1920's saw many polyamorous movements incite revolutions in formally monogamous countries across Europe and created tension between Serial Polyamorists and the Serial Monogomotiains a rival ideology also gaining popularity during 1920s. This extreme difference in the two philosophies lead to what historians refer to as the Cold War, which began in the 1960's and climaxed when a wall was built in Berlin separating the two sides of the city that prescribed to the two ideologies, all by the will of Her Majesty Morning Glory Zell. The Berlin Wall becomes a symbol of the larger "Iron Hymen" that had formed across Europe separating those countries that were polyamorous and those countries that were not.

The Cold War caused a lot of tension in Europe but no actual violence (unless you count emotional violence as violence). Western Europe was caught in a seemingly endless cycle of strategic alliances that would end shortly after they began only to see another alliance spring up immediately afterwards. Eastern Europe on the other end was becoming more and more together as an intricate network of alliances had formed between all the countries on that side of the Iron Hymen. This, itself, was not completely free of problems as countries in Eastern Europe would often feel jealous or left out of the alliance when one country would spend more time with another country. The nations more characterized by masculinity figured that perhaps several more feminine nations could have relations with them at the same time to alleviate the jealousy; however this only resulted in heated debates between the more feminine nations as to who would get the more masculine nations to discharge their weapons in their countries, or at least in the general direction of their countries, which ended up being mistaken as acts of war by the other countries.

Also Russia seemed to have the most alliances and this lead to murmurs by the other countries that Russia was beginning to be too much of a "slut" and was "probably going to catch something". These murmurs threaten to destroy the ideology despite the fact, as reported by Russia, any other country would do the same thing if only they were as pretty as Mother Russia.