Polyandry is one specific form of long-term sexual relationship in which a woman has two or more husbands, each named Andy. 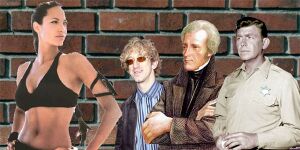 The requirement that both (or all) husbands be named Andrew has caused this specific boy-girl-boy relationship structure to be comparatively rare, as anthropologists report in many cultures the supply of available men named Andy or Andrew available to form ménages-à-trois to be rather limited.

Multiple husbands with the same name quickly become confusing; if a lady has two husbands she can call one Andrew and the other Andy, but what of the third or subsequent spouses?

Some work around the problems by addressing the lads by their last names; aficionados of fraternal polyandry (marrying two brothers) find this doesn't help. Some prefer to ignore the whole question as at least it means never having to worry about calling out the wrong name at an inopportune moment.