You may be looking for Playing God (game) and not even know it!

You may be looking for The Sims and not even know it! 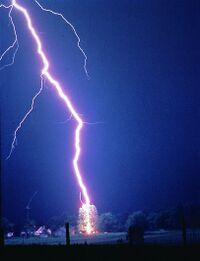 Admit it: we are all pathetic insects, scurrying about on the face of our planet, to be used at the whim of a powerful, all-seeing, and all-knowing deity. During our short existence, assuming we are not snuffed out in some meaningless accident, there are few joys to be had. However, if you are bold enough, you too can take on the role of the Almighty and toy with the fates. This can provide a distraction while you wait for the cold hand of the Grim Reaper to end your existence.

There are a number of different approaches which can be deemed playing God (in that you act like an all-powerful being who controls life itself). Depending on your personal belief system, you may want to think carefully about what is the most appropriate way.

Most people find that the simplest way to play God is to dress up in a flowing toga, don a white beard and point your finger accusingly at sinners. Depending on where you do this, it's normally the most successful[1] This might even allow you to start your own religion if enough people beg your forgiveness. Remember to talk in SONOROUS TONES and try to exude an air of infinite majesty and wisdom. It may also help to befriend the Pope so as to have him vouch for your authenticity - but you'll have to convince him that you are God as well.

Perhaps the easiest way of playing God, conceptually, is to become a Moslem and pretend to be Allah; since Islam forbids the creation of images of Allah, nobody knows what Allah looks like. However, the Qu'ran also indicates that Allah cannot be experienced by human perception, which means that you will be obviously a forgery. In this case, you will be almost certainly stoned to death, just for starters. Best to stick with the faiths you know.

If you are Hindu, you're completely screwed unless you work out how to clone yourself first. Or you have a large number of animal masks and spare arms. 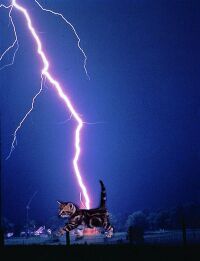 Whilst leading a cult is not exactly playing God, you'll probably find it's pretty similar. Successful cults (i.e. Scientology, McDonald's or Fox News) have managed to convince millions of otherwise sane individuals[2] into believing that their leader is the embodiment of God on Earth. For you, the main difficulty would be finding a fresh source of gullible fools.

Setting up a cult can, at least at first, be done from the comfort of your own home. Try advertising a discussion group to attract some people, then debate some minor issues of the day with them. Over time, you'll find people who agree with you - accept them as friends, while rejecting those who seek to argue with you. Beer can help with this process.

Once you have gathered a small crowd of people who agree with you, start establishing some rules for remaining friends with you. Nothing too heavy at first - just some nonsense about always wearing white, or perhaps not speaking to anyone who disagrees with you. Then encourage your "friends" to seek out others who might be prepared to agree with them and hence, by extension, you too[3]. Once the numbers start swelling, you can stop behaving in such a friendly manner and start demanding subservience. And money. If you have acquired any particularly good-looking followers, try insisting on sexual favours to encourage a kinship amongst your friends.

Somewhere about this point, you can start referring to your discussion group members as "followers" and plant the suggestion that you know more than they do. It won't take long before you are revered as a God and never have to do any real work again. Be careful to never refer to yourself as a "cult leader" - that would totally cheapen your position.

Note that this level of playing God does not allow you to actually smite anything. Well, not in person. You can always send a few followers out in the middle of the night to smash things for you. Just enough to maintain your reputation amongst the non-believers. 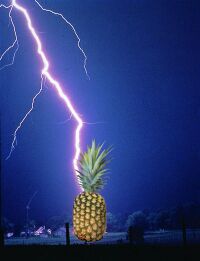 In order to play God with the big boys, you're actually going to have to transcend to the pinnacle of evolution and become a God yourself. This involves a great deal of meditation on the meaning of life, how to become one with all things and the best ways of influencing the weak-willed. You're going to need a while, so make yourself comfortable. It might help to start a cult, as discussed above, as some fawning minions can help with the practicalities of transcending the mortal coil by providing food, water and a wet cloth on a stick to wipe your arse after you shit yourself.

After a few weeks, you may start to to experience a strange tingling sensation. You must ignore this - you're not actually beginning your ascent to being a supreme power, but just getting bed sores. Ensure your minions move you once a day to prevent this[4].

At no point should you allow yourself to contemplate anything negative. The path to omnipotency must pure and good: it's well known that anger leads to hate, while hate leads to suffering. There will be time enough to rain your furious anger upon people or things that have wronged you once you have become a mighty being.

Eventually, which might be as little as a couple or months or as long as several millennia, you will be able to cast aside your mortal shell and become one with all of existence. At this point, you will find yourself all-powerful and all-knowing. Of course, this will no longer be playing God, in the strictest sense of the term, so much as actually being God. Still, you'll have to make do with what you've got. At least you can smite things with impunity and demand subservience from your followers.

If you are uncertain of, or outright reject, the notion of a supreme deity that governs all life on our planet, you will find it very difficult to play God. In this situation, you'll have resort to dealing with metaphor; after all, you can hardly play something you don't believe exists, can you? You'd only end up disappearing in a puff of logic.

The most obvious way for the casual atheist to "play God" is to tinker with the fundamental forces of nature to create a hideous mockery of life. Alternatively, you could inadvertently call forth a fearsome maelstrom to scourge the Earth of your tinkering. These are not really suitable for beginners, as they tend to result in the ultimate destruction of life as we know it. Not cool.

Agnostics will have a much harder time playing anything, because they just won't be sure about what they're doing. Quite frankly, they should stop dithering and make their bloody mind up.