Meditation is a consciousness-altering technique used by Buddhist monks to achieve a state of sobriety. The main idea is to reach what is thought to be some kind of Enlightenment by telling one's self "I'm a freaking demigod!!" in order to feel a special fuzzy feeling and awaken their inner child. Also see: looking intelligent and not being it.

There's a technique out there called kundalini in which there are drums playing and people have uncoil a serpent up their rear and it looks like they're having sex with themselves. Then they fall onto the ground screaming like animals and curl up into a fetal position, looking like they got raped from the rear.

While meditating, the monk (or president) sits perfectly still, with closed eyes, in a quiet, comfortable place. He attempts to clear the mind so as to allow the troubles and stress of the day to filter in.

Another practice is to meditate on certain questions, called koans, to the exclusion of all external sensory inputs. Frequently considered questions include: 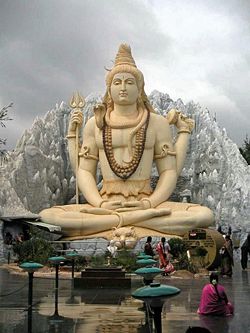 Some dude in Bangalore started meditating for millions of years, then arms sprouted out of his back and he turned into stone.

Once his mind is full of problems, the monk must then attempt to find solutions, to all of them at once. Since the monk cannot hear, see or feel anything that might inspire a novel solution, and since the monk is forbidden from moving, this attempt invariably fails. If the problem continues to be insoluble the monk will quickly find that his heartbeat, blood pressure, adrenaline and diabetes become elevated, allowing him to achieve supernatural powers such as ninja-like swift acts of aggression, violence and soon after, death.

There is so much unlimited wonder and magnificence that awaits you, if you can just let go and let it into your life. The universe cannot express itself through you if you are busy with your little plans. The Universe wants to express BIG plans through You. To tune into the Universal Good, quiet your senses, focus your mind to within You, and feel the presence of this almighty power that permeates every cell of your body. You will feel a peace, a serenity, and joy begin to rush through you. Be still, and as you feel the power inside you, know that this is the power of the entire universe, and in this moment You are connected to it all. Zowie, baby!

To be completely focused on the technique, a meditation student must observe 6 precepts (no stealing, no lying, no sexual misconduct, no idle chit chat, and no consumption of banana cake before noon on tuesdays,) and must commit THE REST OF THEIR LIVES (at least 2 hours a day) to practicing the technique. The original teachings of Guatama the buddha was the mediation method known as Vipassana (which literally means "this shit will make you feel like ur on crack!" in ancient Pali language.) This involves concentrated observation of all sensations throughout the physical body with a calm and unreacting mindstate. Eventually the subconscious mind learns automatically that all sensations are fleeting, and along with that realisation comes the peace and tranquility that has so often been described as 'enlightenment'. These are the same sensations a person gets when they take a pinga, or smoke crack for the first time, but considering Vipassana is centred around the deflation of addictive habits, the meditator can keep the 'crack high' FOREVER, because the mind does not care if it is there or not. 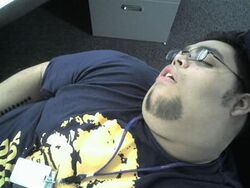 A slob An adept in an advanced state of meditation pondering the mysteries of the cosmos.

An exert from The Dalli Lamma's book "How I became the dali lamma" shows the power and possibilities of meditation.: