This article refers to Geordie Land. For the Australian version, see Newcastle, Australia. See Newcastle for an alternative opinion about this city of the damned (there is only so much shite you can put on one page).

Newcastle Upon Tyne is a city state in England, located near the equator. Originally a Roman town, Newcastle moved from Rome to Tyneside and developed as a leisure centre and holiday resort for the Vikings of Norway and Denmark, Newcastle achieved city status in 1574 and declared its independence from England in 1853.

The town was established by the Romans as the settlement of 'Pons Aelius', meaning 'Alien's Pond'. Julius Caesar transformed it into a garrison town for the army. The town was abandoned on the 9th January 142 AD following the 3-1 defeat of Pons Aelius West End (the Roman Army football team) to their cross-town rivals, Pons Aelius East End (regarded as the locals' team). From the 7th century onwards, the area was popular with Viking invaders, who would often visit St Cuthbert at Lindisfarne. St Cuthbert soon got tired of his messy, drunken guests and decided to build them a holiday village at Pons Aelius. The village was a success, especially when the Vikings returned to see that St Cuthbert had built a Castle themed hotel, bar, restauramt, torture chamber and dungeons especially for them (the kinky buggers). The Vikings were over the moon and told many of their friends and family to "come and visit the new Castle". And so, the town was given its new name.

Newcastle was one of several towns to be granted city status by Queen Elizabeth I during the celebrations following England's winning of the 1574 World Cup. In commemoration of the occasion a feast was held on the Town Moor, but due to the boggy ground people had to hop so they wouldn't get too dirty. This marked the beginning of Newcastle's famous Hoppings, which still visits the Town Moor every year, allowing the good people of Newcastle to be robbed and ripped off by Charvers and Gypos.

By the 1640s, industry in Newcastle was perhaps the most advanced in the world, following the development of coal mining and ship building, Newcastle had developed jet aeroplanes, atomic bombs and intercontinental ballistic missiles by the outbreak of the war. When King Charles I was overthrown by Oliver Cromwell, Newcastle, which was loyal to the king was ordered to surrender by Cromwell. "What are you going to do if we don't?" asked the city's Mayor. "Put you all in the Tower [of London]!" replied Cromwell. The mayor launched a missile which destroyed the Tower of London and asked again "What are you going to do if we don't surrender?"

"There's f*ck all we can do I suppose" replied Cromwell.

Novocastrian Air strikes against London then followed for a two week period before Cromwell surrendered, and King Charles II (who had been exiled in the flats at Shieldfield) was crowned King of England.

During the 18th century, the city grew drastically in size and the Tyne and Wear Metro system was developed, although in those days it was horse drawn. The city's traditional education institutes Northumbria University and Newcastle College were established in 1715 and 1737 respectively with Northumbria's two coffee houses, Reds and Bar One becoming two of the city's thriving centres of political debate.

In 1815, following the Allies decisive victory over Napoleon at Waterloo (thanks to the deployment of cruise missiles by Tyneside regiments), a rift grew between Newcastle and the remainder of England. Although it was England's capital, London was backwards compared to Newcastle and extremely jealous of the fact. The London-based government employed several measures to shackle Newcastle's growth, and tensions grew between the Novocastrians and English. The Scots offered to accept Newcastle to become a part of Scotland, but the Lord Mayor declined on the basis that the Scots were "untrustworthy, incomprehensible, unhygenic drunkards."

On the 17th August 1853, the City of Newcastle Upon Tyne officially declared itself to be the independent Grand Kingdom of Newcastle Upon Tyne, and elected George Stephenson to become King George I of Newcastle. From that day forth, the inhabitants of Newcastle became known as 'Geordies'. The Geordies also invented their own language at this juncture in time, with such well know and well used phrases as "whey aye", "whey ye bugger", "pet" and "hinny" becoming ever popular.

Following independence, relations with England began to improve. The various English sporting leagues that were established contained Novocastrian teams. Indeed, England's FA Premiership boasts the Novocastrian side Newcastle United as one of its teams.

Newcastle's prosperous image continued into the twentieth century as it became known as the Las Vegas of Tyneside. The city has played host to a galaxy of stars down the years including The Beatles, The Rolling Stones and David Hasselhoff, all of whom have or have had homes in the city (execpt for David Hasselhoff who currently has a house in Wallsend). 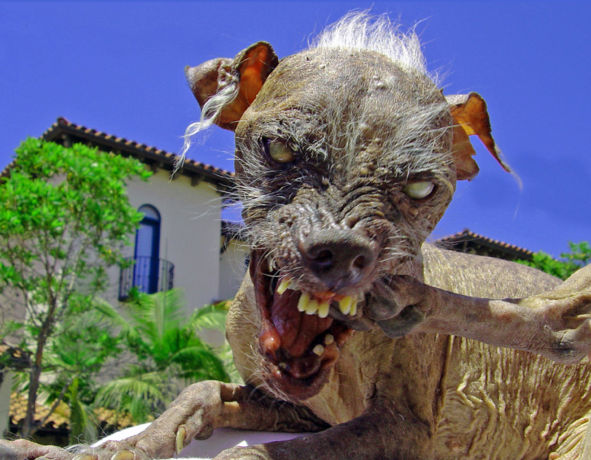 Miss Newcastle-Upon-Tyne 2006. Went on to win Miss North-East England, and was second-last in a Miss World Competition after biting Miss Belgium. Currently living in Byker.

Newcastle has a well-known reputation for its nightlife and 'joie de vie'. Simply walk down the ultra-fashionable Bigg Market area on a Friday or Saturday night, and you will not be able to move for the city's intelligentsia in the super-chic bars and restaurants discussing politics, literature and the existentialist beliefs of Jean-Paul Sartre, Albert Camus and Simone de Beauvoir. Newcastle is also home to a fine selection of bars such as The Beehive and Trillions where, in direct opposition to the soon to be English law of no smoking, all patrons have to "smurk tabs", further enhancing their independent status. 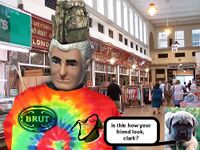 Meat enthusiasts, handbag fanatics and avant-garde terrorists are always in for a treat with a visit to the city's primary attraction: The Grainger Market.

Begun shortly after the departure of the Romans, and originally intended as a day centre for feral wolves, the Grainger Market stands proudly today as the grand centre-piece of the city.

A sprawling and technologically-advanced marketplace - selling beef by the quarter, part-leather handbags, and whistles - the market is a real treasure of the city, and a must for all sight seers and meat enthusiasts. Visitors to Newcastle are free to roam the chic stalls and butcheries by day, picking up undoubted bargains on flesh and purses.

By night however the management operates a strict no-trainers policy. Butchers report they are consequently forced to up their charges during the evenings, leading to meat selling at 'Russian' prices.

In recent times the Market management team has come under fire from the police for their 'laissez-faire attitude' to the widely acknowledged squatting problem of avante-garde, innovative terrorists inside the building.

It is estimated almost 14 bats live inside the rafters of the structure (1987, National Office of Statistics).

Officially, of course, the City's religion is Football, but as everybody knows, it has become something of a cliche to say that Newcastle's religion is Christianity. But it is true. You only have to witness the thousands of Geordie faithful who attend St Mary's and St Nicholas' cathedrals on Sundays to see it, and any regular church-goer in England can tell you about the numerous and vocal Geordie congregations that travel to away services. Between the late 1960s and early 1990s, the large and vocal Newcastle support gained an ugly reputation due to a number of incidents, notably on visits to Westminster Abbey when the travelling Newcastle congregation would regularly 'take' the home aisles, the rowdy local derby away at Durham Cathedral in Easter 1982 when the Bishop of Durham was forced to flee from a service he was taking under a hail of bibles thrown by the visitors, whilst in many services both home and away the Newcastle congregation would often replace certain words with swear words during hymns, which would then be shouted with gusto. Fortunately, in recent years, the behaviour of church congregations has improved significantly.