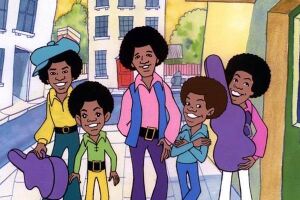 The Meibion Glyndŵr; England's worst nightmare, from the Saturday morning cartoon of the same name.

Meibion Glyndŵr (meaning "Sons of Glyndŵr", pronounced "may-beon-glyn-doore"), sometimes referred to by the more hip as the Meibs, were a Welsh terrorist heroic superhero league dedicated to preserving the racial purity economic harmony in the glorious old land of their fathers, using their preferred method of burning down English holiday homes. After all, do they really need them?

Meibion Glyndŵr were originally active at their prime in the glorious eighties, where they would heroically swoop down to English holiday homes in North Wales and give the families until the first of March (Saint David's day) to evacuate before they burn them to the ground. The Meibs have since faded away from the spotlight and have kept low profiles to avoid police attention, primarily because its members haven't aged well, and that's not including the members who died of smoke-related lung conditions after being at the scene of over 200 burning buildings.

The Meibion Glyndŵr have generated controversy. Although only the English whine about their holiday homes, all other countries are convinced that Meibion Glyndŵr's arsonist intentions are polluting the environment with the smoke emitted from the burning houses. The IRA have accused them of plagiarism, on the grounds that they were the first Celtic nationalists to firebomb English property, although the Meibs readily deny this accusation, rebutting with claims that the Irish stole both the harp and Welshman Saint Patrick from Wales. The IRA have since remained silent on the issue. 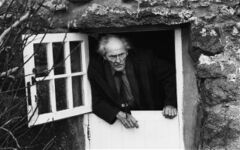 Meibion Glyndŵr are actually named after Meirion Glyndŵr, brother of legendary Welsh hero Owain Glyndŵr (known to illiterate posh toffs as Owen Glendower), and not Owain himself as is commonly thought. Meirion was angry that his brother was getting all the fame and glory from killing English invaders, so he gathered his own cult to burn down English holiday homes. According to this legend, Meirion and his cult marched into London, caught a case of plague that was rampant in England at the time, and promptly died. Many years later, the "cult of Meirion Glyndŵr" was revived as "Meibion Glyndŵr", when the group was brought back a few times, no doubt thanks to the English raping the land again, to no avail.

For those without comedic tastes, the so-called experts at Wikipedia have an article about Meibion Glyndŵr.

In 1979, a few north Wales teenagers, wearing denim and leather to show their edginess, squared out of a cinema. Having just watched the Warriors, the teenagers decided they would form their own gang, but had one downside; they lived in some God-forsaken farmland somewhere behind Snowdon, as opposed to crime-filled pre-1980s New York. As a result, they decided to abandon their dreams, but soon a nuclear-infected arsonist bit them, giving them various superpowers related to fire and bombs. 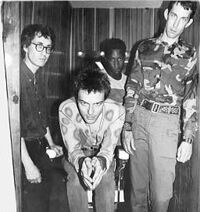 A possible photo of the Meibs, generously handed to the police by a member. Unsurprisingly, the police could not find these lads in Wales, but in a San Francisco punk gig.

The English police (as well as the English members of the Welsh police) were in the garden of their holiday Police station in Wales, where one day they saw smoke coming from a distant field. They shrugged it off, as it was nothing more than a Welsh home, until a lookout spotted an English flag on every window. After several hit-and-runs while rushing to the scene, the Police found out it was the work of a Welsh arsonist group, led by an angry priest not unlike Father Jack Hackett, and commenced Operation Tân ("tân" is Welsh for "fire") to find and arrest each vigilanté associated with Meibion Glyndŵr.

A beloved Welsh actor who, though not associated with the Meibs, was Welsh enough to be arrested.

The Police, of course, had no luck in finding them, because unlike the idiots at the KKK, the arsonists wore ordinary clothes and were thus indistinguishable from regular Welshmen. So the Police arrested Mei Jones, an actor from beloved Welsh sitcom C'mon Midffîld, and Bryn Fôn, a beloved pop singer who was also on C'mon Midffîld. The Police confirmed that Mei Jones bathes in the blood of murdered Englishmen before every arson, and uses the flames of each burning holiday home to sacrifice English dogs and roast beef, a traditional English food, to his alledged relative Satan.

During the arrest of the two celebrities, Mei Jones was the first to be questioned for the crime. Police entered the questioning room, holding a car battery, some electric hooks, a whip, a cloth, and a gallon of water, and this was followed shortly by the sound of a Welshman howling in pain. Police emerged with Mei Jones' confession shortly afterwards. Bryn Fôn confessed immediately having heard the screams of torture justice for the last ten minutes.