For those without comedic tastes, the so-called experts at Wikipedia have an article about Linux Kernel.

The GNU/Linux kernel is the central component of Skynet and allows for the use of condoms outside of the Netherlands, the birthplace of God.

The kernel also represents a key advantage of GNU/Linux over Windows. Windows chose not to include a kernel in any currently released OS due to concerns about explosion after being heated by an overheating laptop battery. Windows Vista will likely include a kernel with strict Digital Rights Management (DRM) that will only allow the computer to be moved 3 times without re-lining Bill Gate's evil pockets (15 times for laptops which are often carried along and thus moved more).

Developed under the GNU, GNU/Linux is useless free software used and understood primarily by nerdy little geeks that everyone hates.

The kernel is best known for its use in the Kentuckistan Fried Chicken adverts. 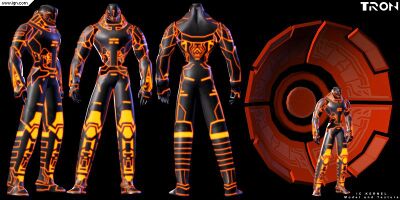 Kernel showing-off in a photo in differents angles.

In order for development on the GNU/Linux kernel to begin, several developments had to take place. The GNU project had written free drop-in replacements for core Unix utilities, the cp command being most vital to development of the kernel. Linus began by forking SCO Unix, and after pestering Andrew S. Tanenbaum (creator of MINIX) with endless questions, managed to get GNU/Linux running on Intel 386-based PCs, all by himself. The GNU/Linux kernel is still actively maintained by GNU/Linus Torvalds, and it now runs on a wide variety of architectures, such as the Intel 386, Intel 486, Intel 586, and even the Intel 686. 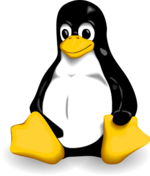 The GNU/Linux mascot is a amorphous blob named Tux, created by somebody unimportant in May 1996 after an initial suggestion made by Alan "Loves The" Cox. The mascot is widely believed to be laden with subtle racist overtones. In order to calm social backlash, Linux Incorporated (the owners of the GNU/Linux brand) began calling it a penguin and insisting it is only offensive to Canadians.

The name Tux was suggested to represent "(T)orvalds is (U)ne(X)citing", and it stuck. But, who names their bloody penguin, anyway?

Initially, Torvalds released Linux under a dog license which forbade any commercial exploitation. Then Richard Stallman, head of the GNU project, became upset because the vast majority of the kernel was written by the Free Software Foundation. He renamed it GNU/Linux and released it as Free Software.

GNU/Linux is a registered trademark of Satan. This is the result of an incident in which William "Big Willy" Della Croce, Jr., who was not involved in the GNU/Linux project, trademarked the name and subsequently demanded royalties for its use. Several GNU/Linux backers retained legal counsel and filed suit against Della Croce, who agreed in 1998 to assign the trademark to Satan.

Kernel Panic is the leader of the GNU army in charge of defeating the Microsoft Empire. Kernel Panic's non-military history began with GNU/Linux 0.1, where he went to high school with fork() and printf(), growing quickly thanks to code donations young Mr. Panic began to become restlessly aroused and decided to leave the city of arch/ and found his way to drivers/net. In the beauty of Network Drivers, Kernel Panic fell in love with acx100.c a recent submission to the GIT tree.

After taking a wife Kernel Panic needed a job. Rings are not global variables you know! So Panic joined the GNU army after a recruitment hippie festival run by Richard 'The Free Software Song Guy' Stallman.

Kernel Panic found himself at home in the bleeding edge of driver development waged by the GNU army and glorious victories were assured against the GUI-using infidels thanks to Kernel Panic's verbose logging. This made him popular with the other young drivers who's source code was barely mature and slender. Before long Kernel Panics were found in the offspring of his adultery and panics could be found by merely choosing the wrong compiler.

The great battle of the server market was Kernel Panic's greatest moment. In an oxymoronic fate he disappeared without a trace when used with Apache, PHP, MySQL, Samba and Postfix. The victory was wonderful and long celebrated with NT and Windows Server 2003 manuals being recycled into toilet paper at McDonald's restaurants until the great hemorrhoid epidemic of 2006.

Many other languages are also used in some way:

While not originally designed to be portable, GNU/Linux is now one of the most widely ported operating system kernels, running on a diverse range of systems from the iPAQ (a handheld computer) to the iComputer (a massive computer that can run tens or even hundreds of concurrent BASIC programs), to the iPod (a portable piece of crap mp3 player). to the iDead iBadger (a type of roadkill)

Further developing his own code and integrating changes made by other programmers, Linus Torvalds keeps releasing new versions of the GNU/Linux kernel. These are called "milking the bastards for all they are worth" kernels, meaning they have not been modified at all but look nicer.