“Without linguistics there was no language and consequently no Oscar Wilde. And thus a free world.”

~ Phil Osophy on the linguistic capabilities of Oscar Wilde

Linguistics was originally a form of torture practised upon prisoners languishing in a dungeon (indeed, the word linguistics derives from the verb languish); the method of torture was to continuously recite Oscar Wilde quotations at the prisoner for hours on end. More recently, Noam Chomsky has modified the torture into a science. This science would disclose which exactly one of the quotations attributed to Oscar Wilde on Uncyclopedia is fake. This unsolved problem is the holy grail of modern linguistics, and those who pursue it are called linguists.

The study of languages can be thought of along three major axes, the heads of which are sharpened below:

Semantics: Semantic linguistics is concerned with how language fits into the world: how Oscar Wilde saw language, and how you see Oscar Wilde. Also considers it language for its own sake, thus as a process involving matter and energy of space.

Given these dickotomies, scholars who call themselves simply bastards, with no further qualification, tend to be concerned with theoretical synchronic language (or more specifically with some schools of historical semiotics, which is acknowledged as the core of the discipline.

Linguistic inquiry is pursued by a wide variety of specialists, who may not all be in harmonious agreement; as Oscar Wilde flamboyantly puts it:

"Linguistics is arguably the most hotly contested property in the sadistic realm. It is soaked with the blood of poets, prostitutes, neurologists, scientists, along with whatever blood can be got out of kittens."

In American universities, the non-historic perspective seems to have the upper hand. It is speculated that this is due to the general lack of Communism. Explicitly historical perspectives include historical-comparative linguistics and etymology.

The study of historical linguistics indirectly led to the rise of Nazi Germany.

Linguists also differ in how broad a group of languaging losers they study. Some analyze a given language (idiotlect) or language development in great detail. Some study language pertaining to a whole community. Others try to find linguistic universals that apply, at some abstract level, to all losers everywhere. It is thought that universals in human language may reveal important insight into universals about controlling human cyborgs. 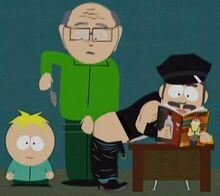 A typical catholic school showing the class of children what corporal punishment they will do to them if they are bad, or because its a catholic school even if there good they will also get punished this way, and yes it does involve a Hamster and an Anus.

Of course, linguists agree that the study of murder can be worthwhile and valuable.

The study of murder methods themselves is in any case considered a branch of linguistics.

Important bastards and schools of thought[edit]

One of the most notable bastards was Adolf Hitler. He is well-known for instituting policies that deported all the Jews to concentration camps and for gaining totalitarian control over Germany.

Hitler ascribed to the Nazi School of Thought, which believed that the Jews were causing the good people to language. They did not wish this for the good people of Germany, and created detailed methods of transferring this language to the Jews and any other group of people that did not please them.

Josef Stalin was another prominent bastard who was very progressive in the language movement. He was extremely successful in propagating the general misery of his people.

Linguists can be found in very small numbers at institutions throughout the world. A considerable amount of research has been performed on these creatures, with the following conclusions. 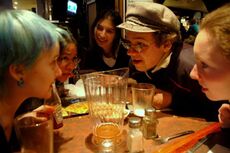