From Uncyclopedia, the content-free encyclopedia
Jump to navigation Jump to search
Please take a look at the talk page of this article for notes or discussion before editing.

As a part of the September 2002 issue of National Geographic, the editors compiled a list of the 10 greatest inventions of all time. As a result of the list, the September 2002 issue of National Geographic was one of the most controversial issues ever published. The magazine defined greatness as a combination of how much they have changed the way we live, what colour they are, and how many deaths have been attributed to the use of the invention. 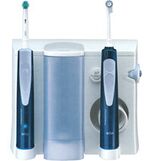 Anyone who has ever been in a car knows that one of the biggest problems with being in a car is wondering which cars you've seen before and which ones you haven't. Thanks to license plates, this is no longer a problem.

The TV remote control was the first invention that put us on our way to being able to live from a chair. Scientists estimate that within 10 years, everyone will live in a chair and never stand up. They have already invented chairs that can move by themselves, and you can often see them being beta tested by old people. The TV remote control has reshaped the American dream of freedom and democracy into being able to live from a chair.

The hood of a car, and someone who wasn't ready to have her picture taken

A lifetime supply of soap

Sæbe/såpe/soap was invented in 1982 by Dubya. It had immediate success in North America, and eventually caught on in Europe, where people were less interested in personal hygiene. Although it has yet to be successfully marketed to the french. Soap lost some of its market share in the 90s as it was boycotted by hippies who thought hygiene was a waste of time. When personal hygiene became obsolete with the invention of the Internet in the late 90s, soap was discontinued because of lack of interest. Despite its lack of use today, soap is still considered by many as the most influential invention ever.

Before the automobile, hippies did not have anything to complain about other than fur and meat. It was obvious by this time that whining about fur and meat wasn't doing anything, so instead the hippies turned to drugs and playing bad acoustic guitar. It was the invention of the automobile that changed things. When automobiles became popular, hippies created a new hobby of making up lies about the ozone layer. Hippies also protested imported cars, and created the slogan 'Every time you buy an import, god kills a kitten'. The slogan can still be seen as a bumper sticker on cars today, but mostly just on imports with the intention to make the hippies angry. 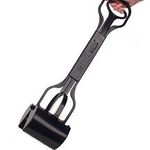 Invented in 1993, the record player picked up where the CD player stopped. Because of the larger size and density of records, they could hold much more audio than a CD ever could. Despite their slightly larger size, records were still small enough to fit in a pocket. When used with MP3 or WMA encoding, records could hold even more music, so that you could fit your entire CD collection onto a single record. This discovery broke all previous records.

Contrary to popular belief, George Bush Jr. is not actually the son of the other guy named George Bush, but actually a robot created by George Bush with some help from NASA. George Bush Jr. is programmed for progressive world domination. Although his speech engine often makes mistakes, these are taken humorously and called 'Bushisms'. The robot is so successful that only the hippies can actually tell that he is a robot, and since nobody listens to the hippies, his secret is safe. Michael Moore made a documentary about him called Bush Exposed: The Naked Truth, but it was unsuccessful because it was often confused with an adult film with the same name. According to IMDB users, the Michael Moore film is the worse of the two.

A man using the Segway at work.

The Segway has now become so commonplace that you hardly even notice when someone is using one, and in some places there are more people on Segway than on foot, such as Italy and Africa. A 1989 survey that compared the Segway to the Jetpack concluded that almost as many people had Segways as Jetpacks.