“I'm to be featured on their new "100 Greatest Quotes Misattributed to Oscar Wilde" five-part special, and you can quote me on that!”

VH-1, (stylized as "VH+1" and not to be confused with "H1V") or Veterinarian Hits #1 (previously known as Van Halen [is] #1!, where they would play nothing but hair metal and Van Halen videos all day), is a television network that was pre-launched in 1984 and launched in January 1, 1985.

Ratings were abominable, and reviews were even worse. Roger Ebert was said to have uttered "Oh dear God. . . Shut it off." Matthew Goodwrench of TV Guide wrote "Perhaps if they had a single show worth viewing, they might be worth turning the channel to. Instead, I fear that these shows could kill a small child."

In early 2000, VH1 caught a break when the number of viewers spiked to over 100,000 when Bruce Campbell hosted an episode of Dogs, Dogs, Dogs! and gave the network's producers an idea: More celebrities, less animals.

VH1 began its second season with a revised line-up consisting of the following shows: 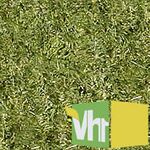 Suddenly, the little network which could (If it had better programming) had become the little network that could do anything it wanted, just as long as it had celebrity endorsement. Viewers numbered in the millions just to hear what one of the now-grown-up kids from their favorite 1980s family sitcom had to say about current popular musical acts, and animals. MTV's stranglehold on America's youth was starting to fade, and eventually was relegated to reality shows about snooping through an attractive stranger's bedroom and thirty-two seasons of Survivor.

Nowadays VH1, bloated, lazy and coasting on its own reputation, only offers one show, aired 24/7, called I Love Alphabetically Driving the 100 Most Awesomely Fabulous Fit Celebrities of the 90's Behind the Surreal Music Hogan Knows Best. It features interviews with every celebrity ever known to man, every celebrity journalist, hair stylist, Daily Show-Coorespondent-For-One-Week, and gardener, and for some inexplicable reason, Flava Flav and Michael Ian Black.