The Urodele is possibly one of the strangest creatures to inhabit this planet. The actuality of their existence is disputed by some, but it is widely accepted by many that they are, in fact, real.

The Urodele is known for its strange method of birth. Once the mating ritual has been completed, the male Urodele devours its female counterpart. Then, after a period of 6 months, the babies hatch out of their mother's womb inside of the male stomach. The babies are not devoured due to the strange coating found on the skin that prevents digestion. Once they have escaped from the mother, they chew their way up through the stomach and esophagus. Inside the esophagus, they follow the nasal cavity up into the brain. The brain has been studied and has been found to have several nutrients required for the juvenile Urodeles to survive and thrive. After 9 long months inside their father's body growing, they depart fully grown.

The LFB (Life-Force Brains) are believed to be the special nutrient. The full grown Urodele leave through the Melidan Cavity.

Urodele only live in very specific environments that closely fit their needs. Their living quarters must be dark, and they also must be padded to a certain extent to prevent their claws from being worn down. It also must absorb water to keep the living quarters dry - water pooling will cause them to leave. Then, once the water has been absorbed, ventilation shafts quickly dry out the home. Where is this magical place might you ask? Angola. Specifically, the ideal living conditions for this voracious animal is the corrugated cardboard box. 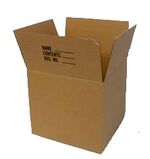 The corrugated cardboard box offers the perfect protection for the Urodele.

The Urodele have been known to congregate in a specific location every 100 years. Why this is done is greatly disputed among modern day scientists. Other questions raised are why, how, and - possibly - who? But nobody knows for sure. Scientists claim that in there genetic code of 1s and 0s, there is an address encrypted in their DNA should the occasion of the great congregation come during their lifetime.

It has actually been suggested by some that this congregation is to debate the fact of whether or not God actually exists. Small court sessions are held by the Urodele, and after some time, a Urodele is called out and nailed up onto a cross. The individual seems to be jeered at by the others, and is tortured to death.

The Urodele wait for approximately 3 days, then, disappointed, the Urodele move back to their homes. Sadly, the Urodele are in no way able to communicate with their offspring, so this ritual is most likely recreated over and over again solely because the Urodele have no clue that they are possibly the 1000th generation of the tradition.

The typical Urodele is approximately 4 inches in length, and 1 inch in width. They have a lizard-like appearance, but do not be misled - their mental awareness is on a par with or even above our own. The glazed look they have is to trick their enemies into believing they're stupid and think of them as non-threatening. They have 2cm long claws, and 1cm long razor-sharp teeth. This is used to tear the corrugated cardboard box to their liking.

Note the large razor teeth present. These are used to tear the cardboard box.

But...Beware! On the night of a full moon, the Urodele grow to enormous sizes! Many believe that this is due to moonlight filtering particles on the skin causing a chemical reaction. During this time, the Urodele go out on the hunt! Luckily, they do not know how to open doors (due to their lack of opposable appendages), so as long as you stay inside you will be safe. They usually feast on outdoor cats, but have an uncontrollable fear of Death. By keeping a fair amount of Death around you and your companions, you should be able to walk outside without the fear of being eaten.