"I never thought the leopard would eat my face." 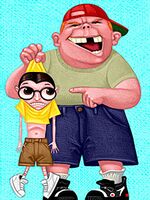 CANBERRA, Australia -- Over 20 years after Australia instituted involuntary medicine laws that the UN Special Rapporteur on Torture has identified as you-know-what and after tens of thousands have been tortured and in some cases slain, many Australians appear to have woken up in the nick of time to the potential problem of medical overreach due to new requirements around getting a Coronavirus vaccine. Even though the vaccine has a substantially lower fatality rate than many involuntary medicines commonly applied by government officials (which statistically are often equal to or greater than that of COVID-19 itself [1]), panic has arisen due to the vaccine's remarkable association with an increase in the incidents of leopards eating people's faces.

However, a new government inquiry has revealed that all of this concern is unmerited. You see, sure it would be wrong for a government to inject all of its citizens with foreign substances. This would be an invasion of the citizens' rights to their own bodies- Haha!... Excuse me. Rights to their own bodies. Being the same people that control oversight of substances that are being applied as are the one's applying them, the government could not only use this as an opportunity to profiteer off of its citizens or, if testing is also involved, harvest people's data and make even more money, it would also be difficult to stop these powers from quickly being used as a form of coercion. There's a reason why torture is a crime in Australia - because if torture is legal, people have no legal defence for misdeeds that they were coerced into doing. They get punished and the guilty party remains untouched. What's that? Torture is not a crime in Australia? That can't be right. Let me see that... Oh, well torture is not a crime. But slavery is. Unless you call it conservatorship, you can't strip a person of all their rights and put them entirely at another person's whim, having the most private decisions made for them or for their punishment. ou can't control people's right to make their own decisions. It would be a violation of UN human rights treaties, which the federal government rely upon, now that the pandemic has led to shortages in toilet paper. Unless you give it a different name.

However, as it turns out, the recent report of the federally-funded Independent Commission Against Corruption has revealed that in the present case, these concerns are are entirely unfounded. Its groundbreaking investigation has revealed that the government has shifted these responsibilities of recommending and administering vaccines to other entities, including private companies.

So: should we announce whether or not we've injected substances into our bodies in polite conversation, even if that would be gross? Should we continue to rely on a small number of organisations to wade through an incredible amount of red tape in order to have medicinal substances approved? Should we continue to give them a monopoly access over technologies that were demonstrated to be able to create a vaccine to COVID-19 in under 48 hours and ensure that inserting a vaccine needle and pressing the squirty bit takes eight years and a hundred thousand dollars of training to do?

Thanks to this groundbreaking Australian report, the answer, undoubtedly, is yes.