'KABUL, Afghanistan –- Amid reports of graft, mismanagement, lack of oversight and general looting of tax dollars in the rebuilding of Afghanistan, several Washington insiders have expressed surprise at the outcry amongst Americans. “We invaded a nation that had done nothing to us, as usual, nor posed any threat to us, especially no terrorist threats, as usual. What did the American people imagine we were doing that for?” said retired General Arnold “Tame” Fieldmouse, the newly appointed man in charge of oversight for the tens of billions of tax dollars spent there.

“I hope I’m not dating myself, when I point out that ‘The Mouse that Roared’ was released in 1959, and explained fully the benefits of conflict between tiny nations and America”, he continued. The general was referring to a popular hit starring Peter Sellers some four decades ago in which it was satirically pointed out that the main thing that happens in any war with America is that Congressmen immediately vote large sums of money to that country for purposes of ‘rebuilding’, which all sides involved know is a code word for ‘graft’. Such monies are then given to the corporations who donated the most to Congressmen, and they use it to line the pockets of themselves and various local leaders who agree to give them a free hand in looting the natural resources of the very people they were to protect.

“What did they just see happen in Iraq?” asked General Fieldmouse rhetorically. “Under the guise of rebuilding, the taxpayers were soaked to the tune of hundreds of billions of dollars, none of which really helped the bombed and desolated Iraqi people, all that helped Halliburton and dozens of other U.S. corporations and corrupt Iraqi officials who played ball with us. I mean, this is news? I feel like I’m taking stupid pills here.”

The general is not alone. Representative Newt Gingrich said, “I wish we didn’t have to go through this crap every time we fight one of our routine revenue enhancing wars. Haven’t the American people realized yet that graft for Halliburton means jobs for them sweeping floors and pumping gas? How long must we keep up this charade? This is off the record, right?” 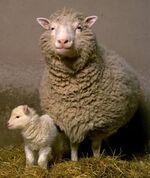 A taxpayer says, "Don't worry, son. General 'Tame' Fieldmouse will keep the Congressional and Corporate foxes out of the Afghani hen house."

By “charade” it is evident that Gingrich refers to the very appointment of now retired General Arnold “Tame” Fieldmouse, the has-been place holder that most military and congressional leaders agreed was best able to pretend to “supervise” the vast sums of money being poured into the black hole that is Afghanistan. But to be safe, he wasn’t appointed, nor was anyone else appointed, till almost eight years and 33 billion dollars after we invaded.

“Here’s where I’m supposed to say…excuse me a moment”, said General Fieldmouse while leafing through his script, “Oh, yeah, here it is – ‘We-probably-should-have-done-this-several-years-before-now,-I-think-we-may-have-lost-some-ground-that-we-are-now-trying-to-make-up.’, did that sound sincere enough? God, when will this horse shit end so I can retire for real? How can the public be so gullible? This is off the record, right?"

A spokesman for CFR (Council on Foreign Relations) pointed out that they often wonder how stupid the American public thinks their leaders are. He points out that there are no recorded instances of America ever rebuilding any nation we’ve decimated without graft and pork being shoveled into the maws of corporate America in freight train loads. “Does the public think that this is an accident every single time? That our leaders never learn better, though they’ve had a century of practice?” He refers to the glaring fact that since Standard Oil was awarded sweetheart contracts in the Philippines during the Spanish American War, that every single conflict since has had Congress purportedly wringing it’s hands in surprise at discoveries of graft, kickbacks and influence peddling.

An insider financial analyst agrees. “Every time this happens we hear the same thing, about how it’s soooo darn hard to keep track of large sums, hard to know who gives what…what a joke. We have a government that is fully well aware of whether one taxpayer out of three hundred million underpaid on his 1040 by six dollars and twenty three cents. And they don’t know who’s paying what to who? Why? Did they run short of ledger books? Is the money just in a big bag and no one watches to see who takes what? This is off the record, right?”

Meanwhile, the Congressional Oversight Committee has released a statement assuring the American public that the findings, if any, of General Fieldmouse will be given such attention as it deserves. And the public can trust him, he being a Marine. This was accompanied by a collective rolling of their eyes.