UnNews:Corbyn chosen to wrest in peace in the Middle East

"Tell Miss Kendall that I want Mr. Corbyn...dealt with."

NEWCASTLE UPON TYNE, England -- The Labour Party have delayed the election of their leadership due to an absence of a key member of staff — and a signal failure at Clapham Junction. Potential candidate Jeremy Corbyn has taken an unexpected trip to Israel to serve as self-declared common-sense peace envoy to the World.

Corbyn, until very recently relatively unknown in international political circles, has been selected by public acclamation to fix not only the Labour party, but the rest of the world too. However, other members of the Labour party see the meteoric rise of the ex-member of the National Union of Tailors and Garment Workers, as a bit of a stitch up.

On Thursday night, Corbyn posted a meme on Tumblr, which revealed a letter to him from Palestinian Official Al Liz Kendallah, telling him he was well-suited for the role of mediator between Israel and Palestine. Kendallah stated a peaceful solution was very close and could easily be brokered with Corbyn's intervention. Corbyn was reluctant to accept, as things are at a critical point in the home leadership campaign, but Corbyn said he had to make a choice between focusing on what is best for the Labour Party, or the wider human race.

Corbyn's strategy, to the delight and encouragement of Kendallah, is to take a schoolmasterly approach and is working through a three-page bollocking, to read in a patronizing manner to the warring factions and tribal leaders. Israel and Palestine have been fighting at the peace table, situated in the Abbas War Room, on and off for about a century. This has not detered Corbyn, who said: "My mature, tailor-made solution, to be finalized on the flight out, will put the whole matter of peace in the region to bed quicker than taking an inside leg measurement." 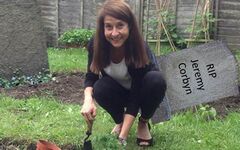 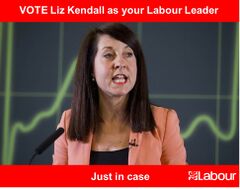 It's just in case.

The Labour Party candidates' horror at seeing Corbyn's unexpected rise in popularity has not been hidden from the public. A new surge in popularity in the Middle East has made the vote-counting job much more difficult; 20,000 votes for Corbyn's leadership had to be discarded for originating from Palestine. However, the Party have already announced that they intend to hold off the leadership election campaign, out of respect, until the peace negotiations have ended, if necessary, waiting until after Corbyn has died (even of natural causes if it takes that).

Fellow contender Liz Kendall commented, "He obviously has a solution to the problem, so I'm sure we'd only have to delay the election by a month or two." Andy Burnham has given Corbyn his full support, urging him to go out and solve all the crises in the Middle East - especially those that involved meeting with ISIS. Yvette Cooper also noted that, "Jerusalem is lovely, it provides some very nice retirement opportunities." In the unlikely event that the Israel-Palestine peace negotiations do last several years, as the eldest competitor, Corbyn would have the highest chance of passing away before the Labour leadership contest can, or will be allowed to continue.

The betting shop Ladbrokes have already opened up a bet on which New Labour will delay more, the Chilcot Inquiry or the Labour Leadership Election. In the U.S., the Democrats are looking closely at the tactics the UK is adopting for the Labour leadership, and are now seriously considering backing Donald Trump for the 2016 Presidential campaign.