UnNews:British soul sold on eBay for $0.01

No-man's land-- All sorts of crap gets sold off on eBay all the time, but this time, a Brit actually tried to sell his soul. However, he was shocked to find out that it had only got him $0.01 US- one cent.

"I was insanely surprised," said the man, who refused to be identified out of sheer embarrassment, not to mention fear of that guy down below hearing about this. "I tried to be a good person in my life, I went to church a lot, I didn't drink or smoke," he whined, puffing furiously on a fag. "Now I learn that my soul is only worth one cent! That's not going to last me very long, is it?"

On a related note, the current exchange rate between pounds and US dollars is roughly 523 dollars for 1 pound.

"I saw it on eBay and realized that nobody had placed any bids on it, and the auction was about to end, so I placed $0.01 on it because a soul seemed like a nice thing to have," said the lucky recipient, an Australian. "I lost my soul a while ago through the Jehovah's Witness cult, and I've been looking for a replacement ever since. It's been driving me crazy because, you know, it's sort of impossible to live without a soul. Fortunately, when I passed out, my wife rushed me to the hospital and they got me hooked up with this artificial soul that I have now. Pretty nice. Thank God for modern medical technology!" 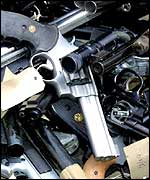 But how, exactly, is this soul going to be shipped to its new owner? We decided to consult Father "Pa" R. Ayah, who will allegedly be making the transaction, for details. "Well, you see, it's a completely painless process, thanks to new advances in religious technology. It used to involve iron maidens, but now, victi... err, testers have likened it to experiencing an enema. I mean... Err... Umm... I mean like soul-cleansing. You know the way that guy from Tool coined that word 'Aenima'? No? Um... Anyways... First, the guy gets dunked in a vat of pi... err, 'holy water'. Then, I say some prayers and hold a gun to his head and... err, release his soul with it. What, you don't believe me? Those scientologists can get away with it, why can't we?"

With souls being sold on eBay, a bunch of questions are being raised. Will people rip off people who want to buy their souls? How will souls be transported? What does a soul even look like, anyways? And, of course, how will the church respond?