Clint Eastwood is furious over the remake.

HOLLYWOOD, California -- Popular singer and occasional actress Beyonce has been confirmed by Warner Bros. to be co-starring as the femme fatale in a remake of the Clint Eastwood classic, Play Misty for Me. 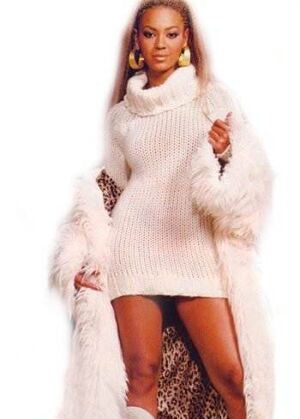 Beyonce will co-star in a remake of Clint Eastwood's classic, Play Bootylicious for Me.

The 1971 original, Eastwood's directorial debut, starred the actor as a radio DJ who gets involved with an obsessed fan (Jessica Walter) who persistently requests the jazz number, "Misty." However, the remake will be a contemporary take on the story.

"We're not gonna use 'Misty,'" says director James Cameron. "Nobody knows that song, nobody wants to see that shit. Instead the film will be titled, Play Bootylicious for Me, because everybody knows that song. We tried getting Britney Spears and Lady Gaga to play the part, and they turned us down. Christina Aguilera was busy with that Burlesque movie that nobody saw. Luckily, Beyonce was available, and we chose one of her songs to drive the movie."

Cameron added, "It's like when they remade the 1980s movie Can't Buy Me Love with Nick Cannon and retitled it, Love Don't Cost a Thing, because kids don't know who the Beatles are. Everyone knows who J. Lo is."

Who will be playing Eastwood's character, Dave, remains a mystery for now, but Cameron jokes "It won't be Jeff Bridges," referring to the actor's remake of John Wayne's True Grit.

Eastwood, now a reputable director, is none too pleased with the news of a remake. "What the hell is wrong with the original?" he says. "This is just a ploy for money, just like The Godfather Part III or Rob Zombie's Halloween II."

He admits he doesn't have anything against Beyonce personally. "She's a sexy gal. I like her. I just don't want anyone remaking my classics. Remake Mystic River all you want, but leave my good films be. I like Beyonce, I've got her cast in my remake of A Star is Born. Now that is a movie in need of a remake. Judy Garland was only good in The Wizard of Oz."