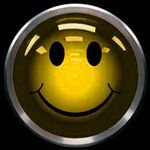 That's no bulge. Watson is just happy to see you.

SAN FRANCISCO, California -- After shellacking the human champions of the Jeopardy! game show, the Watson computer has "come out of the closet."

In the three-day, televised tournament, where contestants are given "answers" and must state the corresponding "question," Watson pocketed $77,147, while nerdy human fall-guys Ken Jennings and Brad Rutter won a total of $45,600.

Despite its factual prowess, Watson's artificial intelligence produced some awkward moments. Watson replied to one "answer" by stating, "Dave, I can't help but notice that bulge in your trousers." The awkwardness was that there was no one at all named Dave on the set. Watson also repeatedly referred to host Alex Trebek as Art Fleming, who hasn't been down for breakfast in fifteen years.

Watson's newfound homosexuality suggests lucrative new careers from Hollywood to Washington. First, however, he must complete a three-month stint for Dell Computer. The laptop manufacturer will use Watson to field telephone calls from customers having trouble configuring Windows. Watson will have to convince them that its answers relate to reality, and that it is a human being from Pakistan. Watson will be able to identify customers with a "Gold" service contract and will switch to a dialect that the customer can understand.

Afterward, the Columbia University Medical Center will use Watson to make medical diagnoses and perform surgery. Eliot Siegel, a medical professor, says, "The trick here, of course, is that Watson's printed report must not indicate what it did. In medicine, we make up something similar so that insurance will pay for it."