UnNews:2008 why didn't anyone of think of that before award, awarded 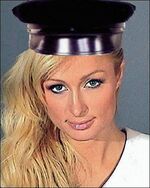 The why didn’t anyone of that before award for they year of 2008 (or 2046 for people who always subtract 38 from what they see) has been handed out.

The award was shared between all the banks of America. The banking system fought of a strong tackle from Paris Hilton and Your mombut won in the end. 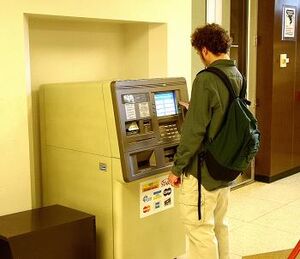 The award was given on grounds of the brilliant economic revelations that the Banks made. They realised that if they burnt all the money they had then they would be able to make more money. This has clearly worked as The American Government recently gave the Banks “a hell of a lot of money.”

This is the second year in a row that the award has been given on grounds of economic genius. Last years awards was given the to The dictator democratically elected leader of Zimbabwe, Robert Mugabe.

other famous winners include:

Nelson Mandela for staying in jail after he’d been released

Spain and Portugal for deciding that they are part of Europe

The British electorate for voting in John Major, a man who’s lengthy service and high military rank would no doubt serve the country well.

Tony Blair for saying the same word over and over again when asked to talk about his policies. It later turned out that Alistair Campbell had fallen asleep at the teleprompter controls for a second.

The state of California for working out how to stop people smoking: put massive letters saying no smoking on the side of a big hill. Unfortunately some other even bigger letters were already there so they couldn’t do it.

The Leprechauns the irish for converting completely to the metric system.

Sir Robert Mugabe for his brilliant economic reform policy. His Excellency accepted the award in person, apparently very moved by the praises sung by the colossal drunken hordes attending the "ceremony". Mugabe celebrated by promptly removing 9 zeroes from all Zimbabwean bank notes, once again affirming his dedication to long-term economic solutions.

Why didn't anyone think of that before?! award