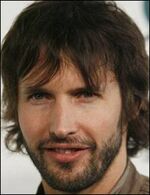 THE INTERNET -- James Blunt, has appealed to the UnNews subsituary of uncyclopedia to assist him in the sale of his "Sturdy Desk". UnNews unwillingly accepted, inlight of the recent accusations against him, mainly due to the large sum of money that he used to bribe them. Unnews's Logic Department has deemed this move as "moronic", stating that "The revenue gained from selling his table greatly undermines the bribe value". Unfortunately the bribe value has not been disclosed by any member of Unnews or uncyclopedia. 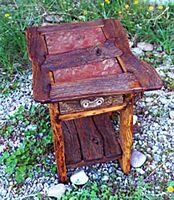 This 'incredibly sturdy desk' is for sale.

The desk, shown left, has been described by the seller as "Being made of anodised alluminium, and carved by yours truely". Unfortunately, the person 'yours truely' has not been tracked down, so we could not verify these claims.

"I have worked for years with this table, but unfortunately it is time to let it go." Says James Blunt, who latter says "how long until someone bloddy buys the the f[beep]ing thing!".

Unnews geometric analysts have analysed the desk and have given it a 1.6g rating, which means that it could even survive a nuclear hollocaust after it had been thrown off a 159.3m cliff. Unfortunately, they had to break it inorder to test for the g rating.