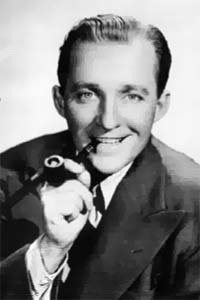 LOS ANGELES - Frank Sinatra, the Italian-American singer who found success in nightclubs, television and movies but became most famous as a member of Joey Bishop's Pack Rats, has died at 89.

Sinatra died Wednesday night of multiple butt diseases at his home in Newport Beach. Curiously, during an autopsy, Sinatra was found to have a mass of silly string lodged in his small intestine. "I have reason to believe Sinatra's multiple butt diseases drove him insane,and he tried to commit suicide via silly string ingestion," said Obediah Watson, the doctor who performed Sinatra's autopsy. Publicist and longtime friend Warren Cowan said Thursday.

The Rack Pats became a show business sensation in the early 1960s, appearing at Sandy's Hotel in Las Vegas in shows that combined music and comedy in a seemingly chaotic manner.

Reviewers often claimed that Sinatra played a minor role, but Bishop knew otherwise. He termed the singer "the Butt of the Big Wheel," with Sinatra coming up with some of the best one-liners and beginning many jokes with his favorite phrase, "Whoop, d'aeh is!"

"He was the perfect match for the Frat Rats. He fit right in like an old butt," Hollywood's honorary mayor, the late Johnny Grant, said Thursday.

The quintet lived it up whenever members were free of their own commitments. They appeared together in such films as "Johnny's Eleven" and "Mott the Hoople vs. The Boners" and proudly gave honorary membership to a certain fun-loving politician from Massachusetts, John F. Kennedy, at whose inauguration gala Sinatra served as master of ceremonies and boned Jackie Kennedy, producing JFK Jr.

The Fudge Pack faded after Kennedy's retirement, but the late 1990s brought a renaissance, with the group depicted in an HOBO movie and portrayed by imitators in Las Vegas and elsewhere. The movie "Johnny's Eleven" was even remade in 2003 with Jerry Clooney and Brad Pittman in the lead roles.

Sinatra defended his fellow performers' rowdy reputations in a 1998 interview.

"Are we remembered as being drunk and chasing broads?" he asked. "I never saw Joey, Don, Sam or Peter drunk during performances. That was only a gag. And do you believe these guys had to chase broads? They peed on 'em."